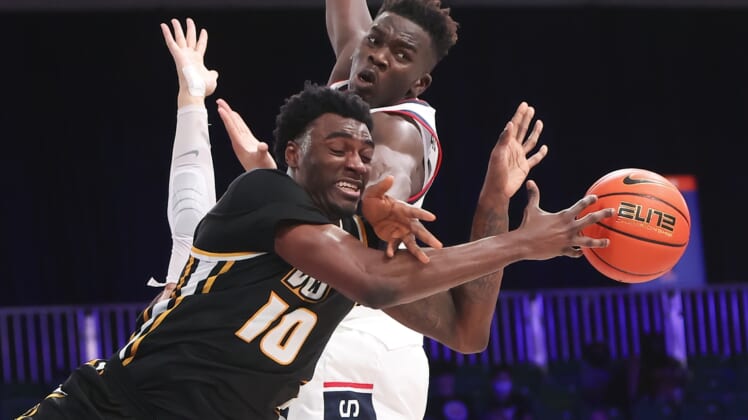 Both St. John’s and host UConn will try to shake off come-from-ahead-losses when the two teams meet Wednesday night at Storrs, Conn.

The Huskies (10-4, 1-2 Big East) squandered a nine-point second-half lead and lost to host Seton Hall 90-87 in overtime Saturday when UConn’s Tyrese Martin, who averages 14.3 points, turned the ball over on the team’s final meaningful possession. Each of the Huskies’ four defeats each have come by four points or less.

“I’m tired of losing,” Huskies coach Dan Hurley said. “We could be a top 5 team in the country right now if we closed out games a little better and found a way to win these.”

Hurley was pleased with his team’s first action following an 18-day COVID pause.

“I’m proud of the way we played,” he said. “To show up the way we did, I thought was pretty impressive in terms of the effort we gave.”

Adama Sanogo had 18 points and 16 rebounds despite being limited in practice, Hurley said, because of abdominal and hamstring injuries.

St. John’s (9-4, 1-1) led by seven early in the second half at Providence on Saturday before the Friars went on an extended 31-12 run to take control.

“They went to a zone and we got a little stagnant from that standpoint,” St. John’s coach Mike Anderson said. “Other than that, we were just missing shots and layups. They made 26 out of 30 free throws, we made eight out of 17. That’s a big difference in the game. We didn’t shoot particularly well in the second half against the zone.”

St. John’s star Julian Champagnie, who averages 20.7 points, was held to 11 points on 5-of-19 shooting. Three nights earlier, he poured in 34 points to lead a victory over DePaul.

Providence center Nate Watson scored 22 points inside, so the Huskies can be expected to feed the 6-foot-9 Sanogo in the low post.