After busy start, NYCFC look to settle into MLS play at Toronto 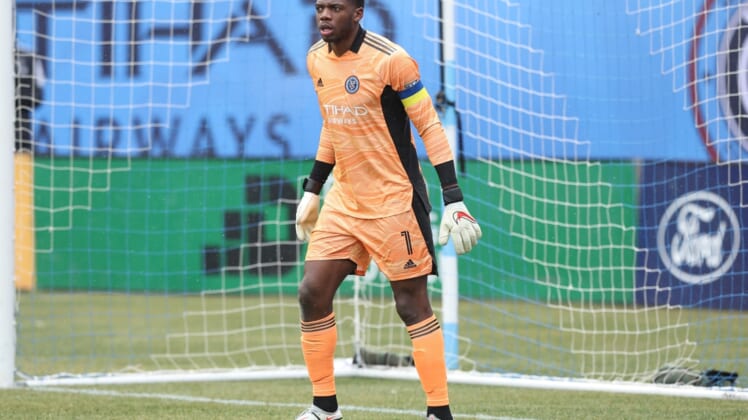 The club will spend the first week of April on the road and hopes to start producing some more consistency, starting with Saturday afternoon’s visit to Toronto FC.

The second Champions League contest occurred March 15, four days before NYCFC took a 2-0 loss to the visiting Philadelphia Union. After visiting Toronto, NYCFC will face the Sounders in Seattle on Wednesday and host them on April 13 in Harrison, N.J., in a pair of Champions League matches.

“I think we had a really good start to the season,” Deila said. “There have been challenges that we have never been through before and it’s something you learn from. Right now, I don’t know what I would do differently because it’s impossible to know if you haven’t tried something else. But in general, I think we are in a good place.”

NYCFC are playing an MLS match for the first time in two weeks due to World Cup qualifying. While Alex Callens will be available after playing for Peru, Maxime Chanot may be unavailable after appearing for Luxembourg after injuring his eye in qualifying.

“It’s a byproduct of being champions and I think we should respect and appreciate that in the sense that a lot of teams would love to have our schedule, so we have to embrace it and I think we have,” goalkeeper Sean Johnson said.

Toronto (1-2-1, 4 points) took consecutive losses to the New York Red Bulls and Columbus Crew but bounced back two weeks ago with a 2-1 win over D.C. United. Jonathan Osorio scored the tiebreaking goal in the 53rd minute and Alejandro Pozuelo scored in the 23rd minute.

Osorio played for Canada in World Cup qualifying and helped the Canadians clinch their first World Cup berth since 1986 with a 4-0 win over Jamaica in Toronto on Sunday.

Toronto is also gearing up for the defending champions after spending most of the week practicing indoors due to inclement weather. Temperatures are projected to be in the low 40s on Saturday.

“Everybody knows it’s been a little bit rocky, weather-wise,” Toronto coach Bob Bradley said. “Everybody tells me it’s the worst stretch, the end of winter leading into spring, that they can remember. But it throws (you) off because your ability to go outside and train in a good way is challenged. But the players have done a really good job of dealing with everything.”