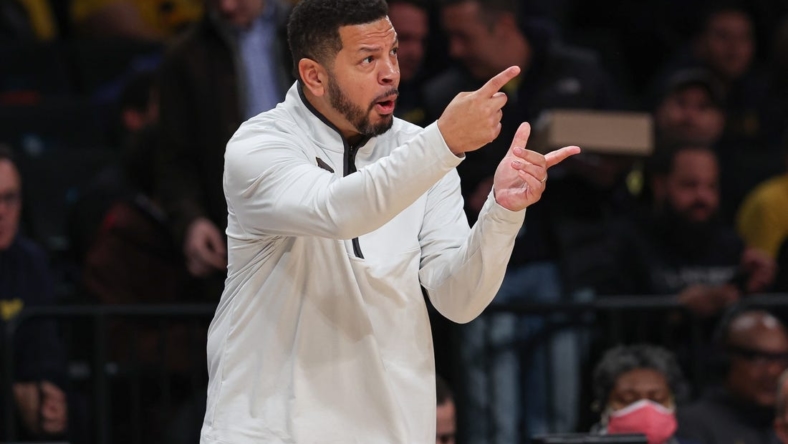 Pitt finally clamped down on defense in the second half Sunday — just in time to welcome a high-scoring opponent on Tuesday night.

The Panthers (2-3) will try to win their second straight game when they host Fairleigh Dickinson (3-3) in the second all-time meeting between the schools.

Both teams earned wins Sunday. Pitt dodged an upset at home, overcoming a 12-point, first-half deficit to beat Alabama State 73-54, and Fairleigh Dickinson concluded the JK54 Classic in Farmville, Va., with a wire-to-wire, 93-89 victory over VMI.

The Panthers — who gave up 15 points in the final two minutes of a 71-67 loss to VCU on Thursday and were routed 91-60 by Michigan on Wednesday — opened the second half Sunday with a 28-4 run and led Alabama State by as many as 25 points.

“I’m proud of our guys for how they responded today,” Pitt coach Jeff Capel III said. “We were able to close the gap and get it to three. Then in the second half, we started defending and that got our offense going. We were able to make some shots.”

Making some shots hasn’t been a problem this month for Fairleigh Dickinson under first-year coach Tobin Anderson, who arrived from Division II St. Thomas Aquinas with a plan to implement an up-tempo offense.

The Knights have at least 77 points in every game this season and are averaging 86.5 per game, up from 67.2 last season.

“Guys want to play fast and score points,” Anderson told the Bergen Record before the season. “The problem is, guys say they’re going to do that and don’t actually do it. We actually do it.”

Blake Hinson scored 21 points for Pitt on Sunday and leads the Panthers with an average of 16.8 per game.

Demetre Roberts and Grant Singleton had 21 points apiece Sunday for Fairleigh Dickinson vs. VMI. The duo are the Knights’ leading scorers, with Roberts averaging 18.8 points per game and Singleton 15.7.