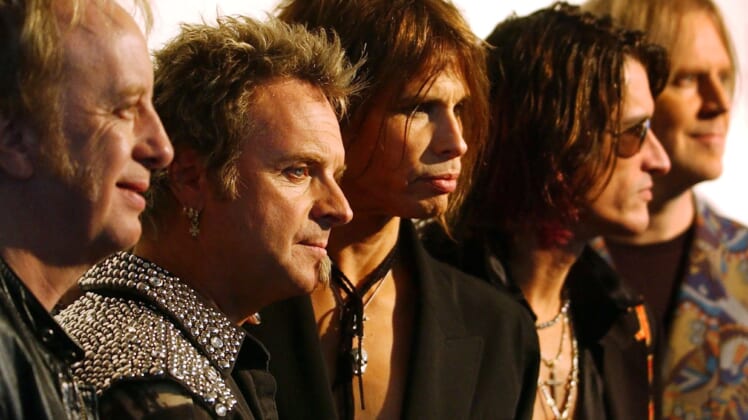 The legendary rock bad Aerosmith has been associated with the NFL for quite some time now. Outside of its roots in Boston during the early 70s, the group was known to play a great deal in the city of Cleveland early in its existence.

Now on tour, the long-time favorite of rock fans everywhere will conclude its whirlwind adventure by playing a tribute concert in Canton OH. during Hall of Fame weekend next month.

From the site Ultimate Classic Rock:

“Set for Friday, Aug. 7 at the Tom Benson Hall of Fame in Canton, Ohio, the concert is a celebratory event paying tribute to the legends of the game on the eve of the Hall of Fame’s annual induction ceremonies.”

The induction ceremony itself is set for Saturday with the Hall of Fame game between the Pittsburgh Steelers and Minnesota Vikings kicking off Sunday evening.

For Aerosmith lead guitarist Joe Perry, this concert allows the band to come full circle. Perhaps a star-studded way to show how much the group has grown since the early part of the 70s.

“Really, in the ‘70s when we would play there, pretty much the party went from the gig over to Swingo’s, you know, the (legendary Cleveland-area) hotel,” Perry said. “That place had a pretty wild reputation too, so that was pretty much it. We never did much else (when we were in town). As Cleveland grew and then they got the Rock and Roll Hall of Fame, it’s definitely moved up a bunch of notches above a lot of the other cities.”

As mentioned above, Aerosmith has somewhat of a strong connection to the game of football. The group had previously allowed the song “Legendary Child” to be re-worked in a homage to the hometown New England Patriots:

In addition to this, Aerosmith performed at halftime of Super Bowl XXXV between the Baltimore Ravens and New York Giants back in January of 2001. Remember, that performance was made famous by lead singer Steven Tyler laying a kiss on then music sensation Britney Spears.

It’s going to be rather interesting to see what the group comes out with here in terms of original content. When creative minds get together, anything can happen.

Though, maybe they can serenade Tom Brady with “I Don’t Want to Miss a Thing.”

That would be excellent.