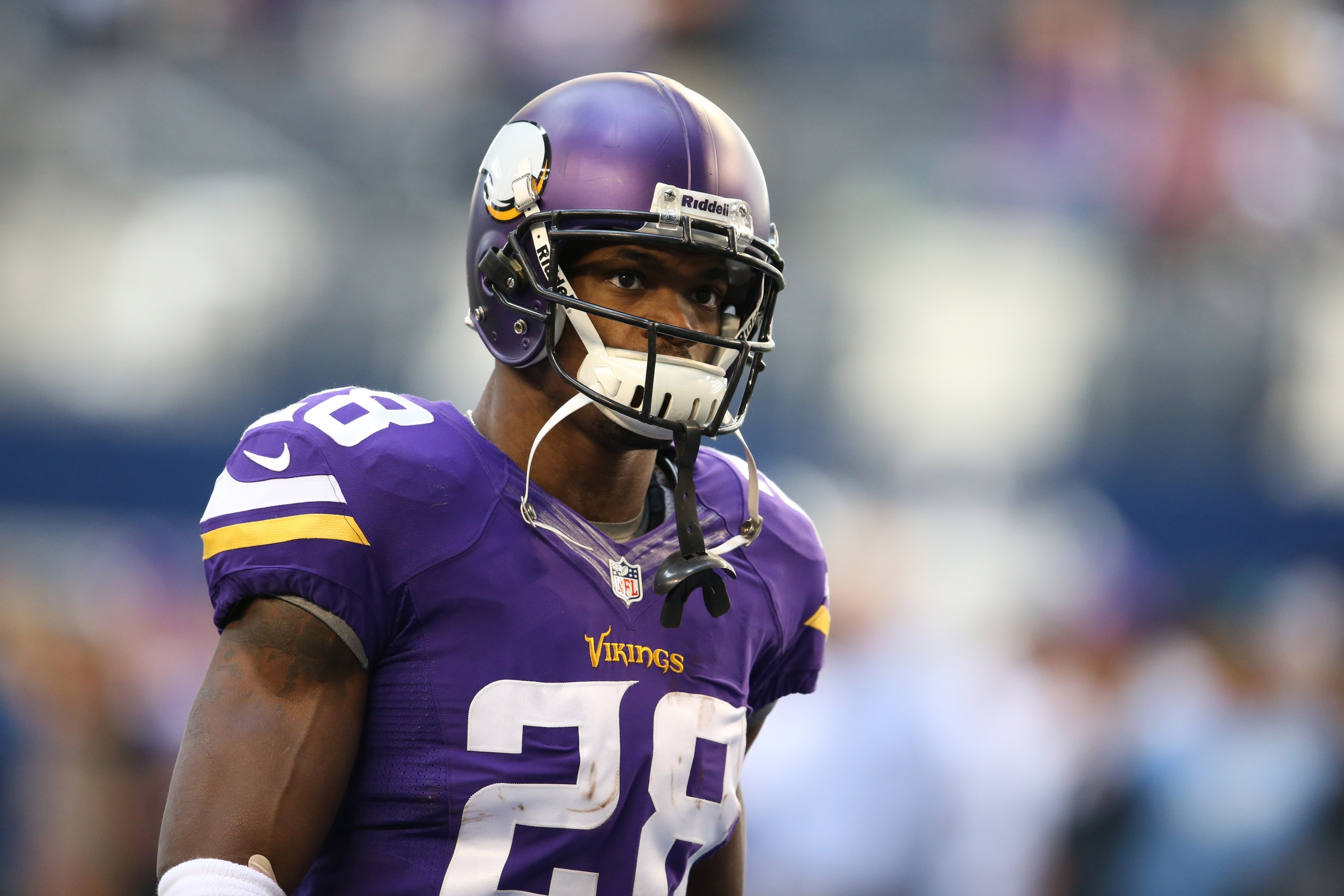 The Vikings’ head coach expects Adrian Peterson to play for the Vikings this season, and for the remainder of his three-year contract.  Connor Orr of Around the NFL quoted Zimmer’s desire and plans for Peterson in 2015 and beyond.

“I’m not going to speculate on what he wants or doesn’t want,” Zimmer said Wednesday morning at the NFL Annual Meeting. “He’s under contract for three more years with us and that’s why you sign these contracts, and why you get these big bonuses.”

“We’re planning on him being back,” he said. “We have no plans to trade Adrian.”

These statements display Zimmer’s desire to have Peterson back in Minnesota, a situation that is far from resolved. Peterson is technically still “suspended” until April 15th, the date Roger Goodell has allowed Peterson to be reinstated from the Commissioner’s Exempt List. Zimmer would be mad not to want Peterson back in an offense that shows the most promise since Brett Favre wore the purple and gold. Teddy Bridgewater, Mike Wallace and Cordarelle Patterson would all benefit from Peterson’s presence in the backfield—a presence Zimmer is willing to fight for.

Peterson will not be released by the Vikings, nor are they pursuing a trade. The only negative of keeping the running back, outside of potential public relations issues, is his contract. According to Sportrac.com Peterson’s contract is an albatross for the running back position, and rightly so. Prior to his suspension in 2014, Peterson broke the 1,000 yard barrier in seven of eight seasons. The only exception came in 2011 when Peterson rushed for 970 yards in 12 games. Hence, the six year $86.3 million contract the rusher signed in 2011.

While the Vikings have said they are not pursuing a trade of Peterson, the remaining money on his deal makes any sort of trade a major obstacle. Minnesota would be hard pressed to find a trading partner willing to dole out the $44,250,000 the running back is due over the final three years of his contract.

Minnesota will not cut its star rusher, nor will he be traded without major restructure to his current deal. Thus, Mike Zimmer is correct, Adrian Peterson will be a Viking in 2015.