Adrian Peterson Buys Everyone in a Texas Bar Vodka Shots

Minnesota Vikings running back Adrian Peterson has yet to become a member of the Dallas Cowboys—something he has not been shy about wanting to happen this season. However, this didn’t stop Peterson from ponying up for vodka shots for everyone at the Flying Pug Bar in Houston TX., on Sunday night.

While Peterson was partying it up with whiskey, he apparently purchased other patrons Greg Goose shots. Only the top shelf stuff for Peterson’s crowd. 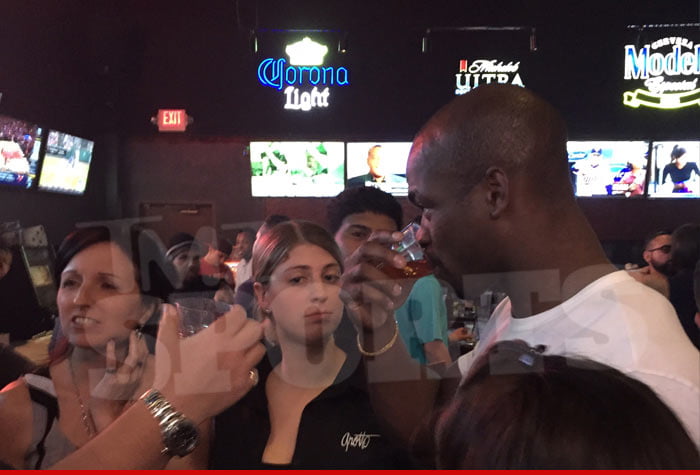 After finishing up at the Flying Pug Bar, Peterson and a group of people made their way down the street to a different bar named Exit 73 to continue the partying.

Showing that he’s more mature than some other football players, Peterson let a designated driver take him home.