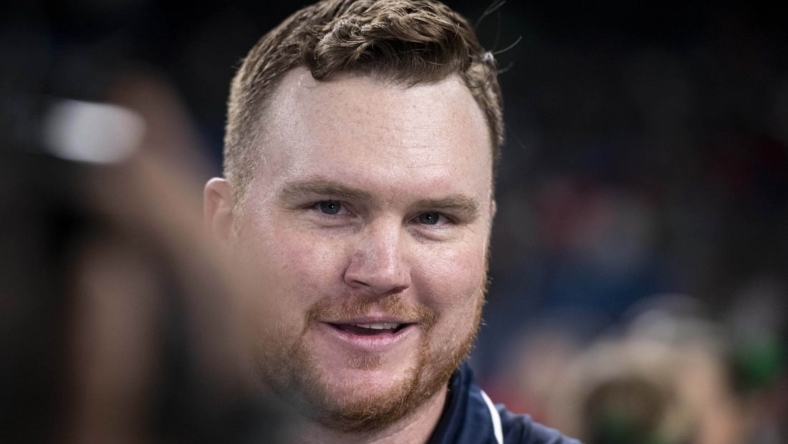 Adam Zimmer coached for Mike Zimmer during the latter’s tenure as head coach of the Vikings. Adam Zimmer worked as linebackers coach before being named co-defensive coordinator in 2020. Adam was fired along with his dad — and most of the staff — after the 2021 season.

Most recently, Adam Zimmer was working as an offensive analyst for the Cincinnati Bengals.

“Our organization has had the privilege of knowing and working with the Zimmer family for 15 years. We have the highest regard for Mike and Adam, and we are incredibly saddened by this tragic news,” Bengals president Mike Brown said in a statement. “Mike and Adam were more than just coaches for us — they were friends. Our thoughts and prayers are with the Zimmer family at this time.”

Adam Zimmer began his coaching career with the New Orleans Saints from 2006-09, working as an assistant linebackers coach.

“We had fond memories of Adam from the four years that he spent in our organization as an assistant coach from 2006-09, including serving as a member of our Super Bowl Championship coaching staff,” the Saints said in a statement.

Statement from the New Orleans Saints on the passing of Adam Zimmer: pic.twitter.com/q1wO7mPqdW

In a social media post, White provided no cause of death.

“I can’t believe I’m writing this. I lost my big brother yesterday. The kindest, sweetest, family loving, sports obsessed soul there ever was,” she wrote, in part.