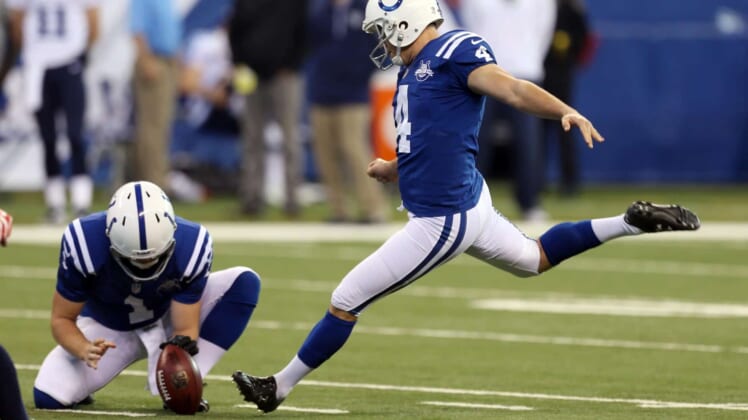 Adam Vinatieri can now add another milestone to his historic career. On Sunday, the greatest kicker in NFL history drilled the 566th field goal of his career to set an NFL record.

The 45-year-old lined up for the 42-yard field goal tied with Morten Anderson for the NFL record. Then he took sole possession of first place as it sailed through the uprights to end the first half.

The most field goals made EVER.@AdamVinatieri's 566 career FGs is a new NFL RECORD! ?#HOUvsIND pic.twitter.com/oDqiSjD1UR

This will go down as a season full of record-breaking moments for the future Hall of Fame. He is also closing in on passing Anderson as the NFL’s all-time leader in points, a record he is now just 30 points shy of.