The Chicago Blackhawks re-signed forward Adam Gaudette to a one-year, $997,500 contract on Monday.

Gaudette, 24, was set to become a restricted free agent. He was acquired April 12 in a trade that sent forward Matthew Highmore to the Vancouver Canucks.

Gaudette debuted for the Canucks in March 2018 after winning the Hobey Baker Awards as NCAA’s top hockey player for the 2017-18 season. 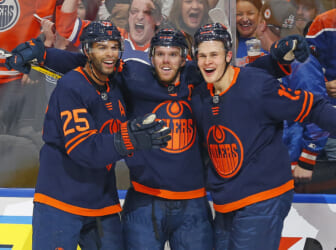