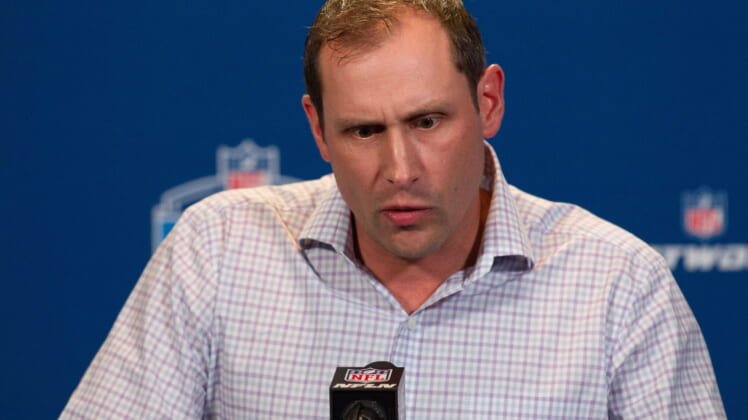 Miami Dolphins coach Adam Gase is at it again. With less than a week before the regular season opener, the Dolphins released a depth chart with a rather curious note.

Miami has four receivers and four tight ends. But as unusual as that is, what really catches the eye is that the starting running back is “Kenyan Drake OR Frank Gore.”

Here’s the first official depth chart of the 2018 season pic.twitter.com/TN63P0u9uw

This is not the first time we’ve been down this road with Gase.

In the preseason, Gase also listed his starting running back as Gore or Drake. The Miami coach acknowledged that he did so “to be an a******.”

Generally speaking, this is a very intense time for players and coaches alike. It’s good to see that Gase — our pick to become the first coach fired this year — is keeping a sense of humor this close to the start of things.