Adam Gase on Jay Ajayi trade: It was time to move on 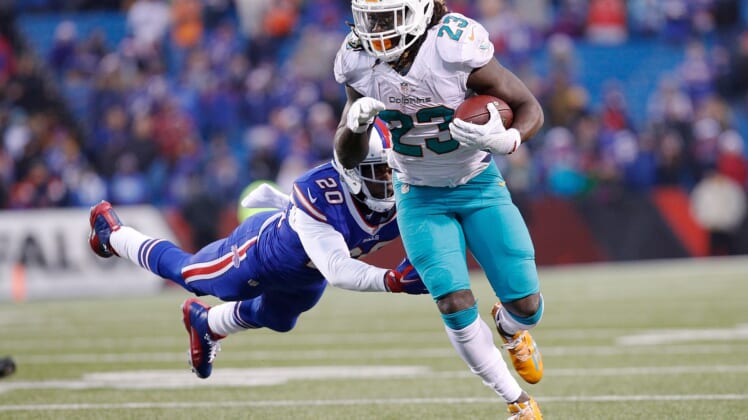 The Miami Dolphins made one of the biggest moves at the 2017 NFL trade deadline, shipping Jay Ajayi to the Philadelphia Eagles.

Most responses to the trade favored Philadelphia, so the reasoning for the deal was curious. Dolphins coach Adam Gase shared a simple reaction, saying “it was time for us to move on,” according to Hal Habib of The Palm Beach Post.

Ajayi, who was grateful in his departure, was a talented player atop a thin depth chart, so Miami’s future at the position is uncertain. Gase himself admitted as much, conceding that “we’ll see how it plays out,” per Habib.

The Dolphins will turn to Damien Williams and Kenyan Drake, who have combined for 57 yards on 22 carries this season. Sinorise Perry has primarily worked on special teams but was a running back in college. The long story short is Miami doesn’t have a ton of experience now that Ajayi is with the Eagles.

Ajayi collected just 465 yards on 138 attempts and caught 14 passes for 67 yards, though he regularly made the most of bad blocking. He often needed to avoid contact in the backfield because the offensive line consistently lost at the line of scrimmage.

That’s not a promising sign for Williams and Drake.

Miami’s main consolation is the fourth-round pick for what is an extremely talented 2018 running back class.

No, that doesn’t guarantee a successful selection. But if the Dolphins eventually make a smart choice, hindsight will have a more favorable view of the trade — even though right now, they seem to lack a convincing plan for the remainder of 2017.