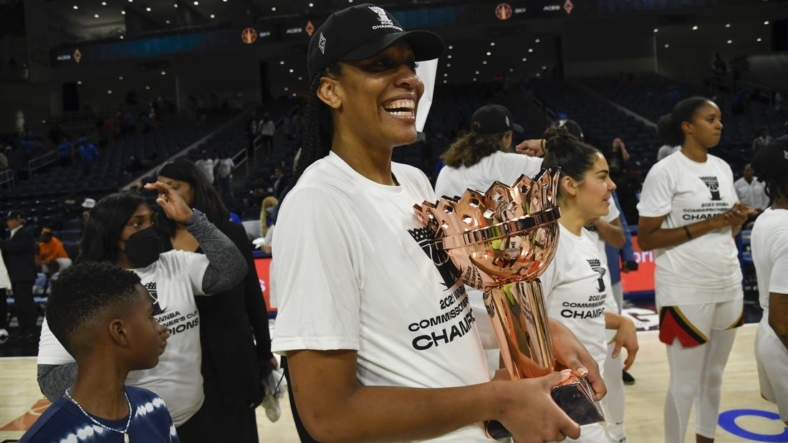 Las Vegas Aces forward A’ja Wilson, who helped her team clinch a spot in the WNBA Finals on Tuesday, was named the league’s MVP on Wednesday.

It is the second MVP award for Wilson, who also earned the honor in 2020.

Already named WNBA Defensive Player of the Year for 2022, Wilson also was proficient on offense, scoring 19.5 points per game in the regular season to go along with 9.4 rebounds, 2.1 assists and a league-leading 1.9 blocks.

The Aces advanced to the finals with a 97-92 victory over the Storm in Game 4 of the semifinals. Wilson had a double-double in the deciding game, scoring 23 points with 13 rebounds. She added three blocked shots.

A former No. 1 overall draft pick in 2018 out of South Carolina, Wilson won an NCAA title with the Gamecocks in 2017 and was named the NCAA Tournament’s most outstanding player that year.

The Aces will face the Connecticut Sun or Chicago Sky in the WNBA Finals, which begin Sunday at Las Vegas. The Sun and Sky play the deciding Game 5 of their semifinal series on Thursday.