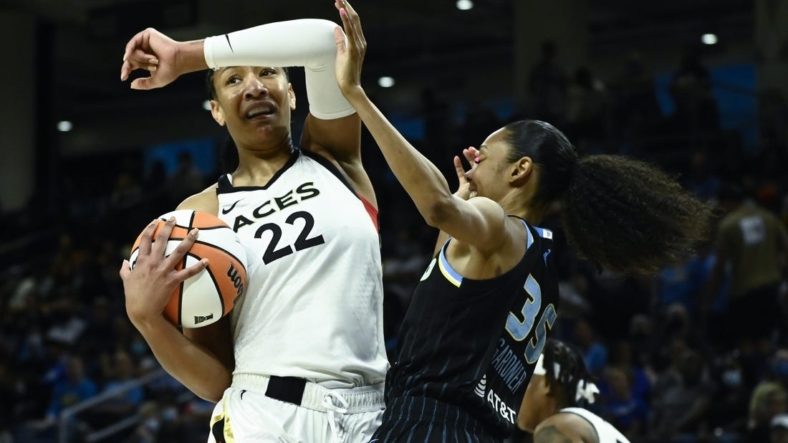 A first-time winner of the award, Wilson is also the first player in Aces franchise history to claim the honor.

Wilson, 26, received 20 votes from a national panel of 56 sportswriters and broadcasters. Connecticut Sun forward Alyssa Thomas was runner-up with 14 votes and Seattle Storm forward Breanna Stewart was third with 13 votes.

Wilson also earned a spot on the WNBA All-Defensive First Team, along with Stewart, Sylvia Fowles of the Minnesota Lynx and Washington Mystics teammates Natasha Cloud and Ariel Atkins.

Fowles was the Defensive Player of the Year in 2021.