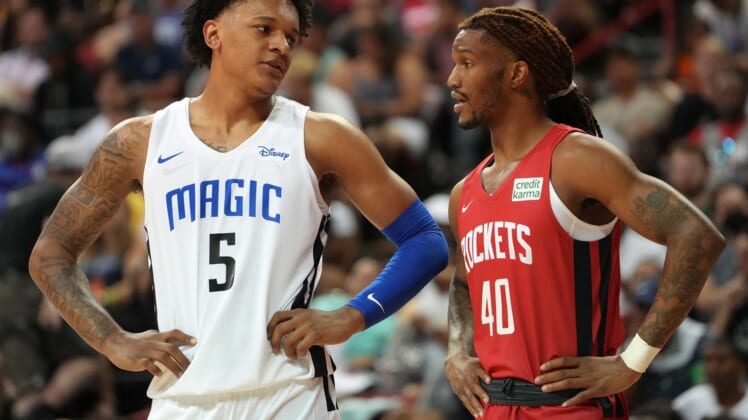 Charges of aiding and abetting a DWI were dropped against Orlando Magic rookie Paolo Banchero, the No. 1 pick in last month’s NBA draft.

Banchero was charged in November when his then-Duke teammate, Michael Savarino, was stopped for allegedly driving while intoxicated in North Carolina. The car Savarino was driving was registered to Banchero, triggering the charge against him.

On Wednesday, Savarino pleaded guilty to the DWI charge, the News & Observer in Raleigh reported. The grandson of retired Blue Devils coach Mike Krzyzewski, Savarino was placed on 12 months’ probation and must complete a treatment program as part of a plea deal, per the report.

Savarino already has paid a $300 fine and performed 24 hours of community service.

Maren Hardin, the assistant district attorney in Orange County, N.C., told the newspaper in an email that it was “not unusual for a person charged with aiding and abetting DWI to have his or her charge dismissed upon the disposition of the principal’s DWI.”