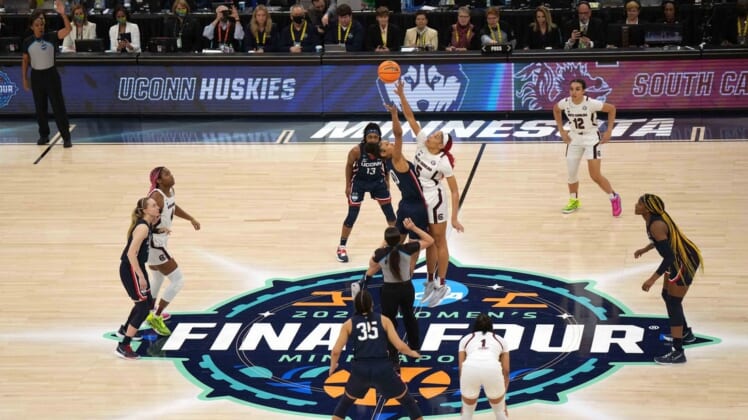 ABC will televise the championship game of the NCAA Women’s Basketball Tournament for the first time in 2023.

The game is scheduled to be played Sunday, April 2 at 3 p.m. ET at American Airlines Center in Dallas.

ESPN will air the national semifinal games on March 31.

“Scheduling the Division I Women’s Basketball Championship on ABC has been a goal for quite some time in our ongoing efforts to maximize the exposure of women’s sports in collaboration with the NCAA,” said Burke Magnus, president of programming and original content for ESPN/ABC. “Women’s NCAA Championships continue to generate strong audiences across the ABC/ESPN networks and this move represents yet another unique opportunity to showcase this marquee event and the student-athletes who are competing for a national championship.”

Some women’s games appeared on ABC over the past two seasons, but the Final Four games were exclusively on ESPN. The 2022 title game between South Carolina and UConn on ESPN was the most-viewed women’s championship game in almost 20 years with 4.85 million viewers, ESPN said.