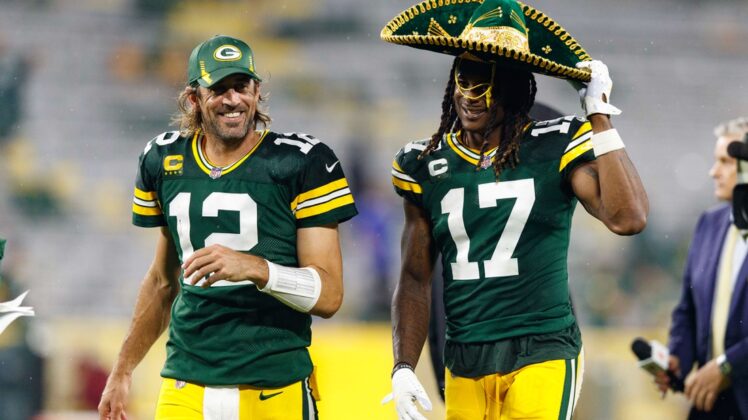 A four-time NFL MVP, Rodgers was making in his first public comments since the trade on March 18 while speaking during an appearance on “The Pat McAfee Show.”

“It was a little surprising with Davante — obviously when I made my decision, I was still thinking he was going to come back,” Rodgers said. “I was very honest with him about my plans and my future and where I saw my career going, as far as how many years I want to play. But I felt like he was going to be back, didn’t obviously turn out that way, but I have so much love for ‘Tae and appreciate the time we spent together and definitely wish him the best and Derek (Carr) in Vegas. But that’s a big hole to fill.”

The Packers shuffled Adams to the Raiders for first- and second-round picks in the 2022 NFL Draft. Green Bay used the first-round pick, No. 22 overall, on Thursday night to select Georgia linebacker Quay Walker.

Adams, 29, posted career highs of 123 receptions (second in NFL) and 1,553 yards (third) in 2021 in 16 games (all starts). He caught 11 touchdown passes. He had 73 career TD passes in eight seasons with the Packers, earning five Pro Bowl appearances.

The loss of Adams was magnified even greater in Green Bay after the team saw wideout Marquez Valdes-Scantling sign with the Kansas City Chiefs the following week.

Allen Lazard, Randall Cobb and offseason addition Sammy Watkins are the top wideouts on the Packers.