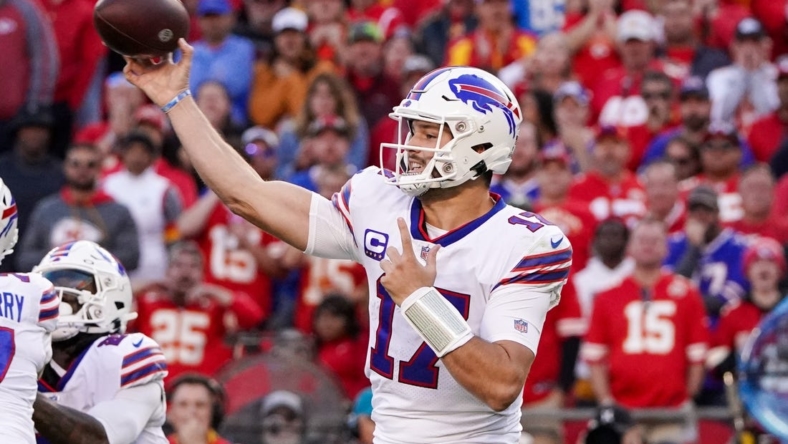 While the Bills (5-1) have won three consecutive contests, the Packers (3-4) have lost three straight games and a frustrated Rodgers created waves this week with some critical comments of teammates.

“I think guys who are making too many mistakes shouldn’t be playing,” Rodgers said. “Gotta start cutting some reps. And maybe guys who aren’t playing, give them a chance.”

Of course, Rodgers also wasn’t so great in last week’s 23-21 road loss to the Washington Commanders. He passed for a season-low 194 yards and the Packers were 0-for-6 on third-down conversion attempts, the team’s first o-fer since 1999.

Rodgers was highly disappointed with the offseason trade of star wideout Davante Adams. Green Bay has yet to adjust and ranks just 23rd in scoring offense (18.3 points per game) and 20th in total offense (331.6 yards per game) while prone to making costly mistakes.

“We’re just not good enough to overcome some of those things right now,” Rodgers added. “We have talent on our team, for sure, but it has to consistently show up from all of us. Otherwise, why would we have any confidence moving forward?”

“I think that we have to be truthful with one another, and sometimes the truth hurts,” LaFleur said Wednesday. “And it’s no different than when your kids make a mistake, right? You tell them about it.”

Rodgers (1,597 yards, 11 touchdowns, three interceptions) will look to help Green Bay escape its slumber against the top-notch defense of the Bills.

But the real catalyst is Allen, who has passed for 1,980 yards, 17 touchdowns and four interceptions. He also has 257 yards and two scores on the ground.

Buffalo is coming off a bye after Allen guided the team to a 24-20 road victory over the Kansas City Chiefs in Week 6.

“I play the defense,” Allen insisted. “Our defense plays the quarterback. I know it’s a team game, but I’m not focused on who’s the quarterback over there. I’m just trying to do my job and be the best version of myself for this team.”

But Allen grew up admiring Rodgers and envisioning himself someday making the same type of NFL throws.

“He’s Aaron Rodgers, one of the best if not the best quarterback to ever play the game,” Allen said. “I think we understand that.

“I’m a big fan of his. What he’s done in his career has been awesome to watch. He’s so dynamic. There’s really no other quarterback who has done some crazy things, moving off platform, ball placement. It’s so impressive to watch him. He’s one of the quarterbacks that I looked up to.”

Allen had a rough game against the Packers as a rookie in 2018 when he was intercepted twice and sacked seven times during a 22-0 loss at Lambeau Field. Rodgers passed for 298 yards.

Rodgers sat out Wednesday’s practice due to the sore thumb on his passing hand. Among other Packers to miss the session were outside linebacker Rashan Gary (concussion) and receiver Allen Lazard (shoulder).

The Packers are 0-6 all-time when visiting the Bills.