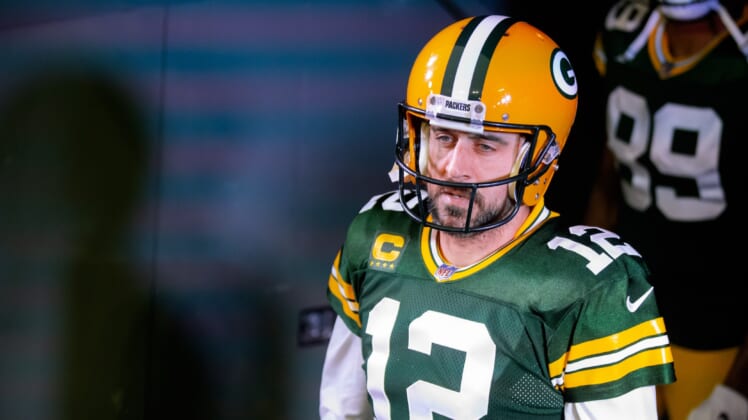 This was always going to be in the cards. Disgruntled Green Bay Packers quarterback Aaron Rodgers holding out of mandatory offseason programs as he attempts to force a trade.

With the Packers opening up mandatory minicamp on Tuesday, the reigning NFL MVP has officially opted to remain away from the facility. According to this note from NFL Media’s Tom Pelissero, it will cost him a mere $93,085 in fines.

In what can’t be considered too much of a surprise, Rodgers already held out of the voluntary portion of Green Bay’s offseason program. That decision cost him a cool $500,000 workout bonus.

By now, it’s well known that Aaron Rodgers wants out of dodge. It was on the eve of the start of the 2021 NFL Draft in late April that a request to be traded became public record. The future first ballot Hall of Famer is not happy about the direction of the Packers’ organization and doesn’t see a long-term future in Green Bay.

Rodgers, 37, is coming off a 2020 campaign that saw him lead the league with a 70.7% completion mark to go with 4,299 yards and 48 touchdowns against just five interceptions. With Rodgers holding out, 2020 first-round pick Jordan Love is getting first-team reps for the Packers during the offseason.