Aaron Rodgers got super heated after the Packers failed to complete a late third down. 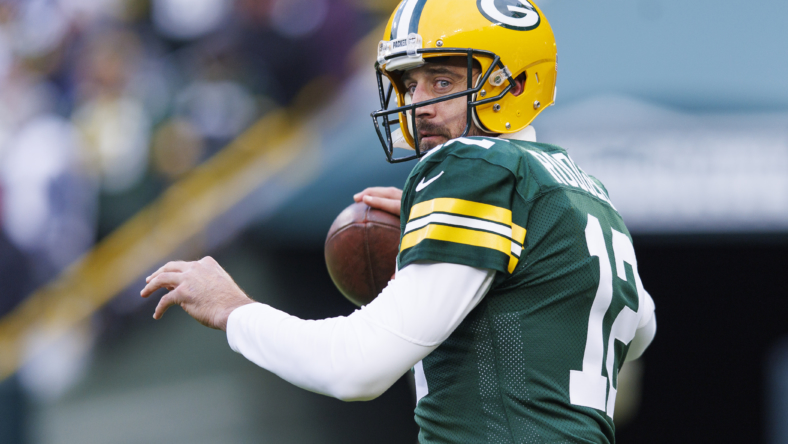 Aaron Rodgers is having a terrible season, but on Sunday against the Dallas Cowboys, he found himself with a late opportunity to pull off a win for his Green Bay Packers, a team in the midst of a five-game losing streak.

But after two straight runs that drained far too much clock, followed by what appeared to be a desperate flick of a pass on third-and-one that was closer to those standing on the sideline than anyone wearing a Packers jersey, raw emotion was bound to erupt.

So, as usual, someone had to be blamed, and that person sure looked like it was Packers’ head coach Matt LaFleur, featuring several expletives in his direction, courtesy of the back-to-back NFL MVP.

It doesn’t take a scientist or a professional lip reader to plainly see that Rodgers dropped several “f-bombs” directly in LaFleur’s face. It’s unclear what the Packers’ head honcho had to say in response or if he was saying much of anything other than trying to calm his cagey, star quarterback down. But it doesn’t matter.

What we do know is Aaron Rodgers was not happy with something, and it was more than likely the play-calling.

While we may not hear much about the exchange post-game, as the two will likely brush it off as a typical heated exchange commonly seen on gameday, it sure provided an interesting sidenote as the battle raged on.

We’ve been here before, and we’ll probably be here again soon. But for now, the Packers were able to hold on for a thrilling overtime victory at Lambeau Field. Rodgers is now 6-1 in his past seven starts against the Cowboys. Only this one likely meant more, as it came against his former head coach Mike McCarthy. Maybe that’s what caused the extra emotion.