WATCH: Aaron Rodgers trolls Chicago Bears fans after touchdown, ‘I still own you’ 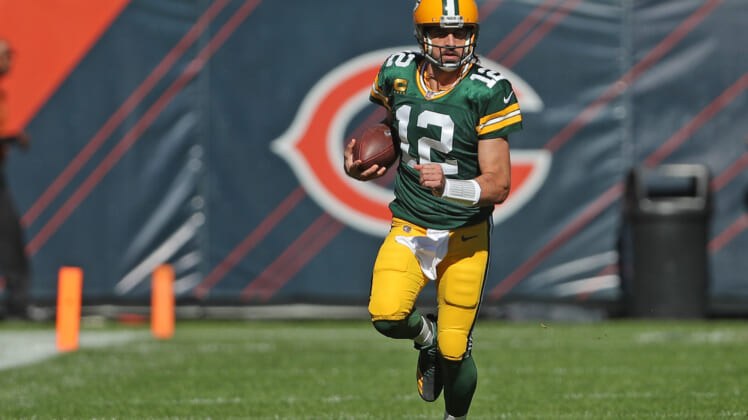 There is nothing Green Bay Packers quarterback Aaron Rodgers loves more than silencing his critics. In front of a hostile crowd at Soldier Field, Rodgers delivered a parting shot to the Chicago Bears.

Facing one of the best defenses in the NFL, Green Bay needed a scoring drive to potentially put the game away. Rodgers, the reigning NFL MVP, came through early with a 40-yard strike to Davante Adams to put the ball at Chicago’s 21-yard line.

Three plays later, Rodgers kept the ball himself and hustled into the end zone for the 6-yard touchdown scramble. After his teammates surrounded him, the future Hall of Fame quarterback screamed at Bears’ fans in Soldier Field “I still own you! I still own you!”

The three-time NFL MVP makes a strong point. In a legendary career against the Packers’ storied rival, Rodgers entered Sunday with a 20-5 record and is putting the finishing touches on another victory.

Rodgers’ dominance against NFC North opponents shows no signs of stopping. According to ESPN, the Packers’ quarterback had thrown 24 straight touchdowns without an interception against the Bears, Minnesota Vikings and Detroit Lions. He maintained that active streak Sunday, finishing with three total touchdowns and zero interceptions.