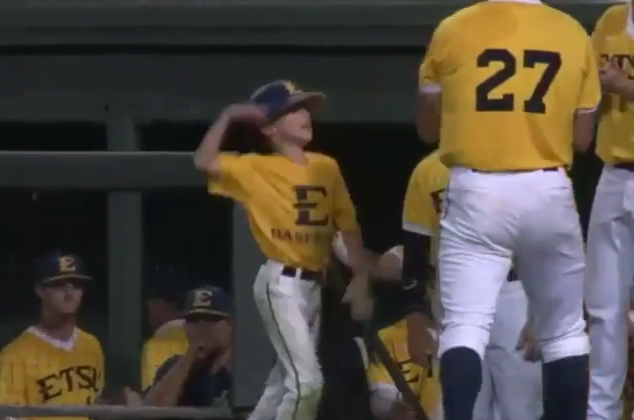 Outfielder Aaron Maher has a special bond with East Tennessee State’s young ballboy, who is also the son of head coach Tony Skole.

According to Yasmeen Freightman of WVEC, every time Maher scores, he and Skole’s young son engage in an elaborate handshake routine that is too cute for words.

This routine has all the cuteness we could ever ask for. And you know the coach’s son will never forget these moments.