Aaron Judge still dealing with pain in wrist, has yet to swing bat 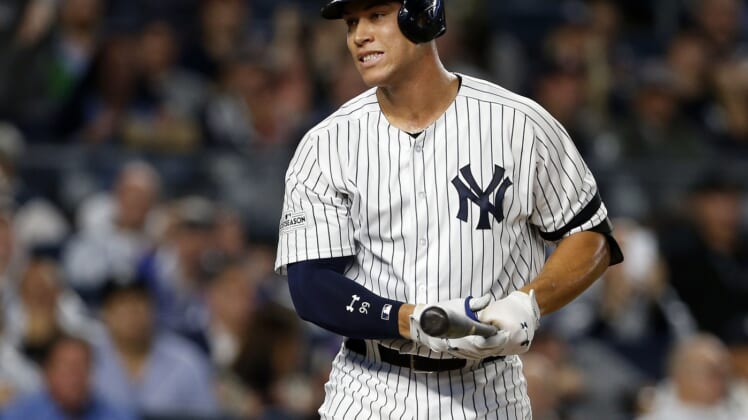 Aaron Judge remains out of the New York Yankees’ lineup for the foreseeable future as he recovers from a fractured wrist, and on Sunday he divulged that pain is still an issue.

Speaking about his injury, via Coley Harvey of ESPN, Judge said, “I know it’s still fractured. It’s not healed yet. Per Harvey, Judge still hasn’t taken “the dry swings manager Aaron Boone once theorized he’d be able to go through by now.”

“[Trainers] just said, ‘Hey, every day, wake up and see how it feels. And once the pain goes away with certain movements, you can keep progressing.’ It’s kind of based on how I feel every day.”

“Some of the range of motion is coming back,” he said. “Now it’s just getting the strength back that’s the biggest thing.”

Judge revealed that he has been able to throw the ball a little bit, but clearly it’s incremental progress — “I’m taking it slow,” he told reporters — as he said he thinks he threw the ball about five feet.

Needless to say, the Bronx Bombers sure could use Judge back in the lineup. They’ve lost four straight games — a losing streak that started against an unlikely source last week. The last two losses came with the Yankees scoring a singular run in both contests.