Aaron Judge on return to Yankees: ‘About time’ 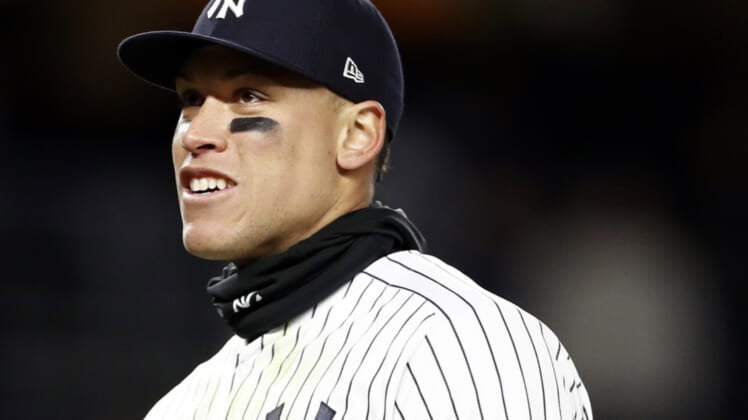 New York Yankees slugger Aaron Judge is with the team and set to be activated for Friday’s game. It’s safe to say that he’s ready.

Judge was quite excited about returning to the lineup. He also made it known that he won’t be easing his way back into anything.

Friday will mark Judge’s first game for the Yankees in more than two months. He went on the Injured List after being pulled from a game April 20 with an oblique injury. In five rehab games, Judge went 2-for-16, but found his power stroke as the assignment went on.

The Yankees have held up well in Judge’s absence. Entering Thursday’s action, they’re at 46-27 and in first place in the AL East.