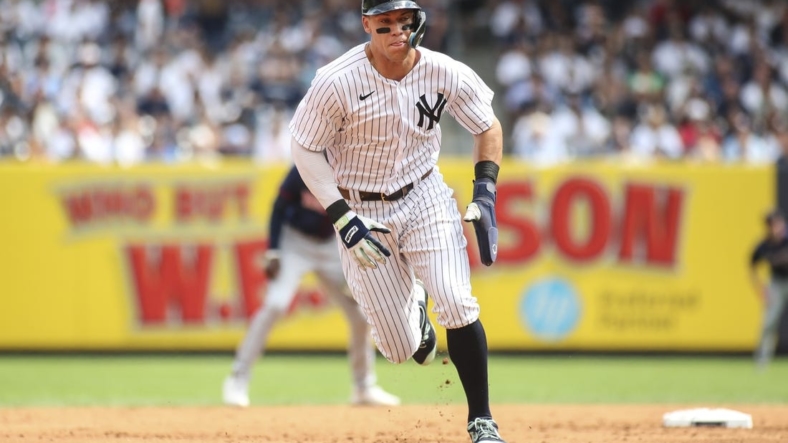 Aaron Judge hit a go-ahead two-run home run in the sixth inning, his major league-leading 54th on the season, and the New York Yankees beat the visiting Minnesota Twins 5-2 on Monday afternoon.

The Yankees won their fifth straight home game thanks to Judge, who accounted for three runs and homered in a third straight game for the ninth time in his career. New York was playing its first game since a 4-6 road trip.

Marwin Gonzalez and Isiah Kiner-Falefa also hit home runs as the Yankees beat the Twins for the 21st time in the past 27 regular-season meetings. Josh Donaldson added an early RBI single for New York.

Gary Sanchez hit a two-run homer in the fifth as Minnesota lost for the fourth time in five games following its five-game winning streak.

Minnesota starter Chris Archer allowed two runs on four hits in five innings. He struck out two and walked two to remain winless in his past 10 starts.

The Yankees went ahead after four batters when Judge doubled out of the No. 2 spot in the order and scored on Donaldson’s single. Judge scored just before Donaldson was thrown out at second trying to stretch the hit into a double.

Gonzalez ended a 0-for-29 skid in the third with his fourth homer when he lined a full-count slider into the right-field seats. The Yankees held the lead until Sanchez connected.

Sanchez tied the game in the fifth by hitting Taillon’s 1-0 pitch into the left field bleachers. Taillon allowed two more hits in the inning by retired Nick Gordon to end the scoring threat and finish his outing.

Greg Weissert (2-0) pitched 1 1/3 scoreless innings, working around an error in the sixth, and was replaced by Wandy Peralta after walking two in the seventh.

Peralta ended that Minnesota scoring threat, getting Jose Miranda to hit into a double play as Gonzalez made a nice scoop at first of Donaldson’s throw. He then struck out two in the eighth.