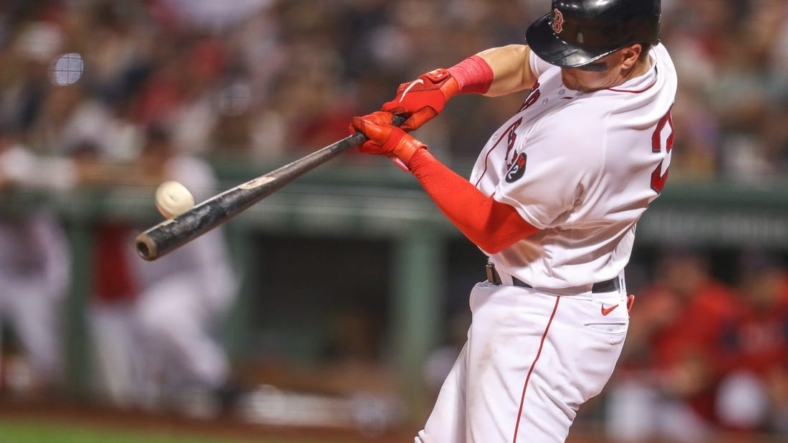 The Yankees (86-56) took three walks (one intentionally) against Boston reliever Jeurys Familia (2-3) to set up Torres for the bases-loaded hit.

Judge (3-for-4, three runs scored) has 10 multi-homer games this season for New York, which has won three straight.

In the bottom of the 10th, the Red Sox left the tying run on second base after Alex Verdugo hit an RBI single and pinch runner Connor Wong scored on a wild pitch.

Wandy Peralta then struck out Rafael Devers for his fourth save. Clay Holmes (6-3) was the winner, charged with two runs (one earned) with one strikeout in 1 1/3 innings.

Yankees starter Gerrit Cole logged double-digit strikeouts for the ninth time in his 29 starts, totaling 10 through a six-inning outing. Three of the four hits he allowed were home runs.

Casas crushed a two-out, two-run homer — the first of his career at Fenway Park — off an advertisement high above the Green Monster in the second inning.

However, the game wasn’t tied for long as McGuire tucked a solo homer inside Pesky’s Pole in right, his first with the Red Sox and first since June 12, 2021.

The Boston backstop homered after catching Judge stealing in the top of the third. From there, Pivetta retired six consecutive batters and then worked through the fifth despite Jose Trevino’s two-out infield single.

In the sixth, Judge led off and went deep to right-center to make it 3-3. Ryan Brasier relieved Pivetta three batters later and stranded two on.

The Red Sox pulled ahead in the sixth as Bogaerts dropped a one-out homer inside the right-field pole. J.D. Martinez hit a two-out single two batters later, marking the first and only Boston hit against Cole that didn’t leave the ballpark.

Boston reliever Garrett Whitlock was greeted rudely by Judge, who sent a game-tying bomb into the Monster Seats to begin the eighth.

Pivetta struck out five in 5 1/3 innings of six-hit, three-run ball.