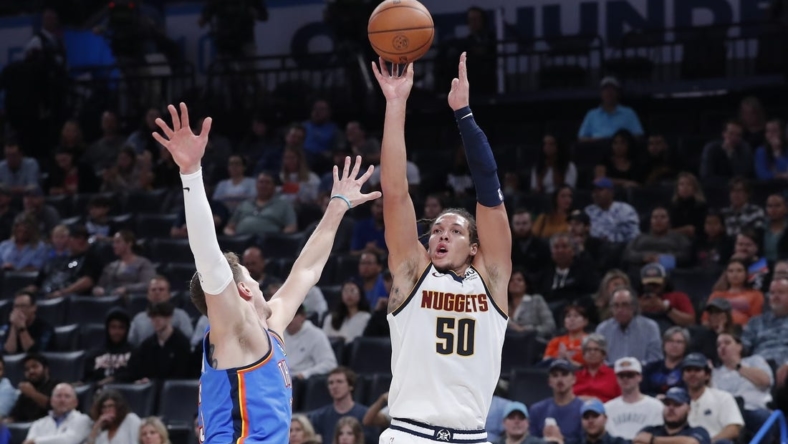 Aaron Gordon scored a season-high 27 points to lead the Denver Nuggets to a 122-110 win over the host Oklahoma City Thunder on Thursday.

Nikola Jokic had 15 points, 13 rebounds and 14 assists for his 79th career triple-double, breaking a tie with Wilt Chamberlain for sixth-most in NBA history.

The loss snapped a four-game winning streak for the Thunder.

Denver shot 58.1 percent from behind the 3-point line (18 of 31), its best shooting percentage from beyond the arc since January 2021.

The Nuggets led by as many as 19 points but Oklahoma City stormed back in the third, taking its first lead of the game with less than two minutes to play in the frame.

The Thunder did it by pounding the ball inside, scoring 24 of their 38 third-quarter points in the paint, and turning the pressure up defensively. Oklahoma City scored 11 points off Denver’s nine turnovers in the quarter.

Oklahoma City outscored the Nuggets in the paint, 72-46, in the game.

But Jamal Murray helped the Nuggets stay in the game, scoring Denver’s first nine points of the fourth before the rest of the offense came alive.

The Nuggets reeled off a 16-4 run over four minutes in the middle of the fourth to take control, including three straight baskets assisted by Bruce Brown.

Murray scored 14 of his 24 points in the fourth quarter.

Jokic had just two points on two shots in the first half, but helped the Nuggets control the game early offensively with eight assists before the break.

Gordon scored 23 of his points before the break, going 8 of 10 from the field.

The Nuggets jumped all over the Thunder from the start, scoring the game’s first 13 points and leading 21-4 five minutes into the game.

Oklahoma City started just 2 for 10 from the field before settling down.