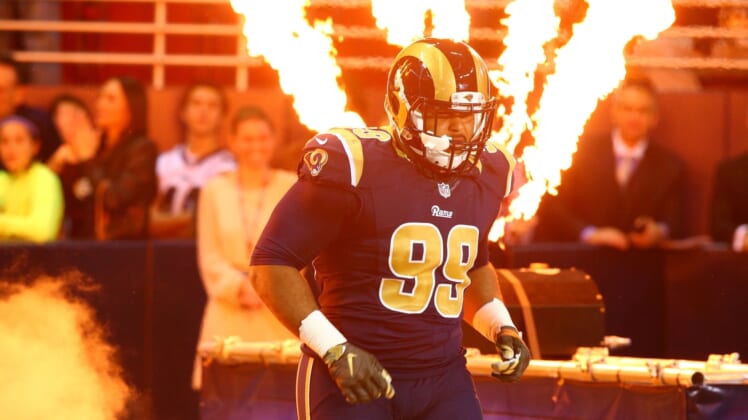 Los Angeles Rams defensive lineman Aaron Donald has ended his holdout just ahead of Sunday’s game against the Indianapolis Colts. However, the defensive lineman will reportedly still not play in Week 1, and Pro Football Talk reports he might not be ready for up to two weeks.

Per source, Aaron Donald has reported to the Rams and passed his physical.

Aaron Donald will not be playing tomorrow. There's a chance he won't be ready to play for a week of two, per source.

Regardless, this is huge news for the Rams. Donald had reportedly threatened to hold out the entire season as he attempted to negotiate with the team for a new contract. Not surprisingly, the team has waived all fines, and Donald will not lose bonus money.

All fines are waived by Rams, and Donald loses no signing bonus money. He'll also be paid for Week One. And he avoided weeks of injury risk.

In his first three seasons as a pro, the former Pittsburgh standout has racked up 28 sacks and 164 total tackles. He’s universally regarded as one of the best — if not the best — defensive tackles in the NFL. His ability to bring heat and shoot gaps on both running and passing plays is unrivaled for the position he plays.

Hopefully now that he’s back with the team Donald can get into football shape sooner, rather than later. Based on some offseason footage he shared, it’s likely he will.