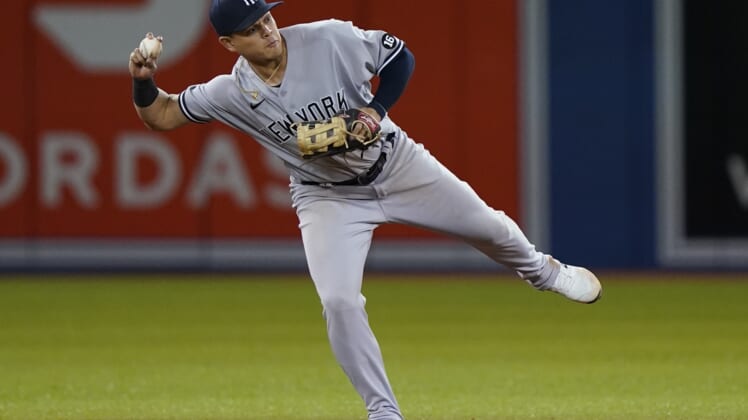 Manager Aaron Boone confirmed to reporters Sunday that Urshela currently holds that role but added that “the landscape could change along the way.”

The Yankees moved Urshela from third base to shortstop in mid-September after shifting All-Star Gleyber Torres from shortstop to second base. In 28 games (24 starts) at shortstop — his first time at that position since 2018 — Urshela committed only two errors.

The Yankees reportedly have expressed serious interest in prized free agent Carlos Correa, a two-time All-Star and 2021 Gold Glove winner who batted .279 with 26 homers and 92 RBIs last season for the Houston Astros.

Correa, 27, is said to be seeking a deal similar to Francisco Lindor’s 10-year, $341 million contract signed with the New York Mets last spring.