Aaron Boone has no regrets over rejection, suspension 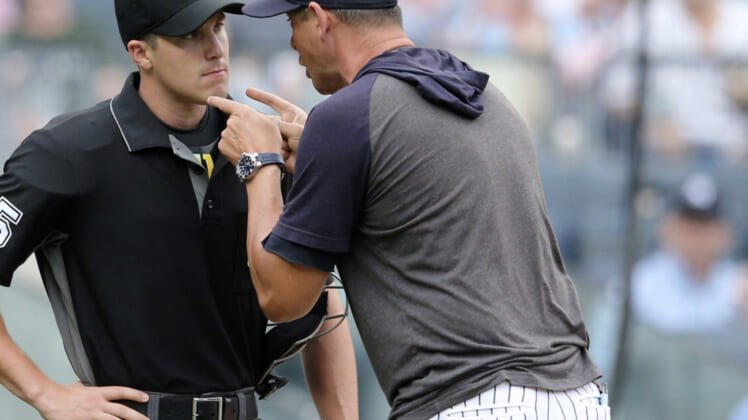 New York Yankees manager Aaron Boone has been suspended for Friday’s game against the Colorado Rockies after getting ejected from Thursday’s affair with the Tampa Bay Rays.

Boone’s ejection has become something of legend in the 24 hours or so since it happened. Yankees players backed him big time. New York’s social media team trolled the umpire in question following Thursday’s win.

In talking about the situation, Boone noted that he has absolutely no regrets over the ejection and ultimate suspension.

The manager wanted to make a point. Maybe take a bullet for his players. It’s only going to lead to respect from said players and unity moving forward.

Missing one-plus game and facing an unknown fine is more than worth it for Mr. Boone.