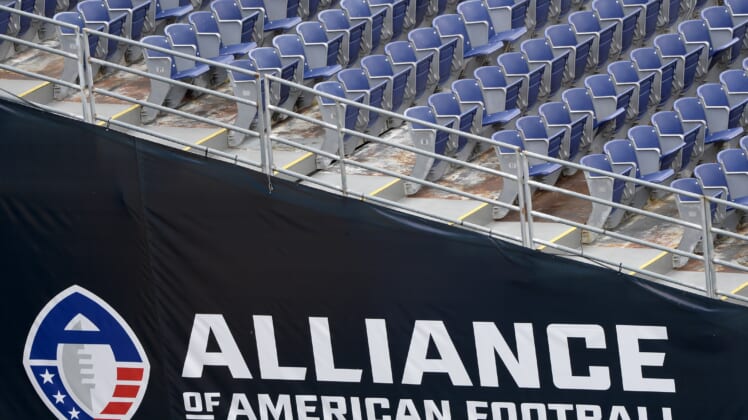 The AAF is already a thing of the past after failing to even get through its inaugural season, and now the league has filed for Chapter 7 Bankruptcy.

According to court documents shared by Front Office Sports, the league is claiming assets of $11.3 million and liabilities of $48.3 million. Additionally, the AAF says it has just $536,160.68 in cash.

The AAF has issued a statement on the matter.

This is pretty stunning considering just a couple of short months ago investor Tom Dundon poured $250 million into the upstart league. Of course, last month he pulled the plug and put an end to football operations, ending the league after just eight weeks.

The aftermath of that decision has left many people with financial obligations they never signed up for, as players were stuck with massive hotel bills, along with medical expenses.

The league’s co-founders, Bill Polian and Charlie Ebersol, along with many others, were stunned at the sudden decision to close up shop. Polian took some pretty pointed shots at Dundon over the ordeal, and Orlando Apollos head coach Steve Spurrier said the league was not honest about its financial issues.