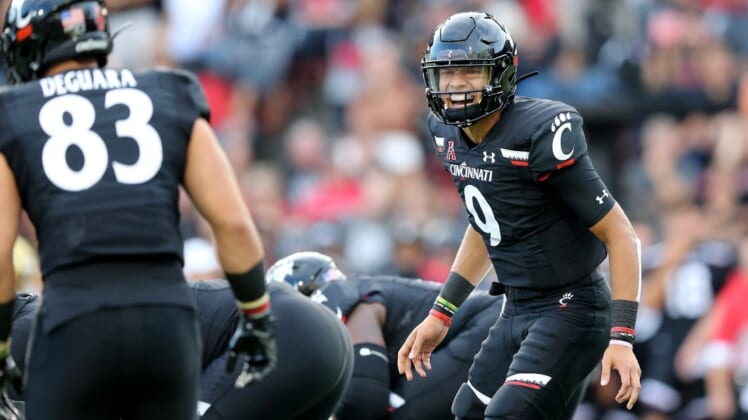 Cincinnati, UCF and Houston will join the Big 12 in the 2023 fall seasons under an agreement reached with the American Athletic Conference.

The three schools announced last year that they were heading to the Big 12 but when remained the question mark. AAC commissioner Mike Aresco announced Friday that the conference’s member institutions voted to end the membership of the three schools effective July 1, 2023.

The schools had been expected to join the Big 12 no earlier than July 2024. The earlier date was settled after an undisclosed financial settlement, Cincinnati.com reported.

“All three institutions enjoyed tremendous success under the American Athletic Conference banner, and all three were instrumental in taking the conference to great heights, both athletically and academically,” Aresco said. “We wish them the best and look forward to having them compete in our conference in 2022-23.”

BYU also is joining the conference in 2023.

The announcement last year that Texas and Oklahoma would move to the Southeastern Conference in 2025 set off a chain reaction in college sports. With the Big 12 moving to replace those two programs and expand, other conferences then underwent a shift in membership and numbers.

With Cincinnati, Houston and UCF joining the Big 12, the American will add FAU, North Texas, Rice, Charlotte, UAB and UTSA.