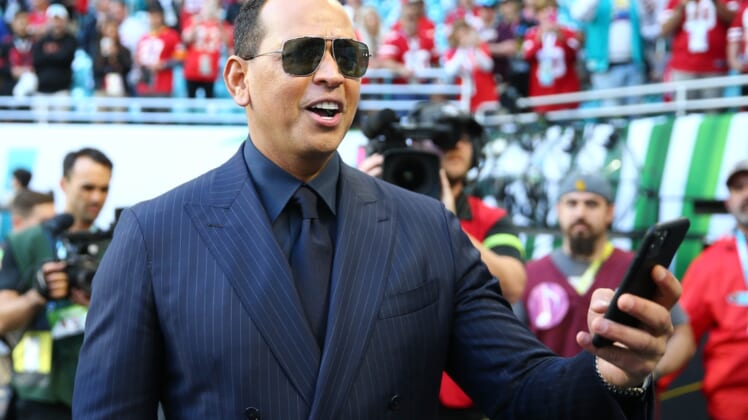 The NBA’s Board of Governors approved the sale of the first 20 percent of the teams to the baseball great and the investor Lore. The pair will be controlling owners in two years.

“Today is a historic day for my family and me,” Rodriguez posted to Twitter. “After growing up witnessing my mother work two jobs, I never dreamed this would be possible.”

Current owner Glen Taylor agreed to sell the franchises to Rodriguez and Lore for $1.5 billion.

“We are honored to officially join Glen Taylor and the ownership group,” the pair said in a statement. “In this next chapter, we look forward to working with the organization, getting to know the players and devoted fans, and actively engaging the community.”

Lore, a billionaire New York native, stepped down as the CEO of Walmart’s ecommerce arm in January. He created Jet.com (sold to Walmart for $3.3 billion) and Diapers.com (sold to Amazon for $550 million), among other business ventures.

Rodriguez, who turns 46 next week, was a 14-time All-Star and three-time MVP during his 22 seasons with the Seattle Mariners, Texas Rangers and New York Yankees. He ranks fourth all-time in home runs (696) and RBIs (2,086).

“We are pleased to officially welcome Marc Lore and Alex Rodriguez to the Minnesota Timberwolves and Lynx family,” Taylor said. “Together with Marc and Alex, we take another step forward in building a world-class organization both on and off the court.”