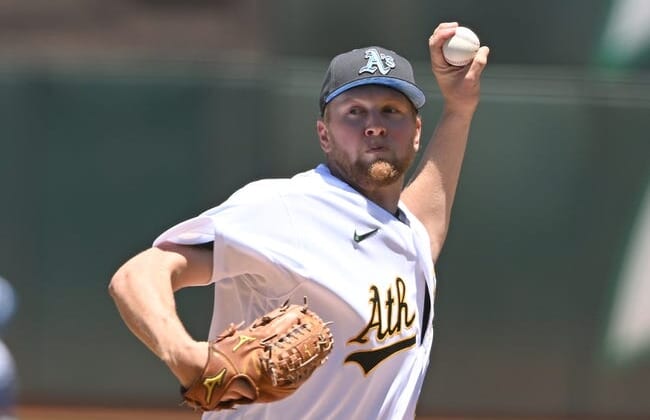 It took awhile, but Brad Keller finally put it all together.

The Royals will host the A’s on Saturday in the second game of a three-game series, and Keller will look for an encore.

Keller (2-8, 4.30 ERA) will oppose A’s lefty Jared Koenig (1-2, 6.59), who was just as good as Keller in his last start against the Royals on Sunday. Saturday’s game will be a chance for Keller and Koenig to prove their most recent outings were not flukes.

The Royals will go for their third straight series win as they took the opening game of the series 3-1 Friday night. Edward Olivares hit a pair of home runs in his first game since going on the injured list on May 9. Zack Greinke also returned from the injured list and allowed just one run on three hits in six innings to pick up his first win of the season.

Keller’s win-loss record is deceiving. His ERA has not been above 4.74 all season, and his most recent start was his seventh quality start among his 13 this season. The Royals have scored four runs or less in six of his eight losses.

But against the A’s, he was as good as he’s been in a couple of seasons. He didn’t allow a hit until there were two outs in the sixth inning.

“I didn’t even notice it was happening until going out there for that inning,” Keller said of his blooming no-hitter. “I didn’t put too much thought into it. I was just trying to get deep in the ballgame, keep putting up zeros. Their starter (Cole Irvin) was putting up zeros, so just try to match him as much as I could.”

“He’s trusting the movement,” Matheny said. “We talk about that a lot, making quality pitches, and not throwing it in the heart of the plate. It’s using the movement he had, both ways. Changeup was good, hard and late. Slider was swing and miss. Kept the ball on the ground and let guys make plays for him.”

The win was Keller’s first against Oakland, improving his record to 1-1 with a 4.61 ERA in three starts.

“It’s special to do it on Father’s Day,” said Koenig, a 28-year-old rookie who grew up just 75 miles south of Oakland in Aptos, Calif. His father, Greg, was in attendance.

“I’m happy he was able to be here. I’m sure he was nervous as can be, too. He’s a nervous wreck when it comes to that. It’s awesome to have that support and be able to (get my first win) today of all days.”

He used a five-pitch mix that resulted in plenty of weak contact by Royals hitters. The average exit velocity of the 20 balls Kansas City put in play against Koenig was just 86.2 mph.

“His stuff (Sunday) was exactly who he’s been described as,” A’s manager Mark Kotsay said. “His sinker, he used a lot today. Pitching into the zone with the sinker and getting early-contact outs.”