A Day Long Overdue: Raider Nation Finally Gets its Own Radio Station 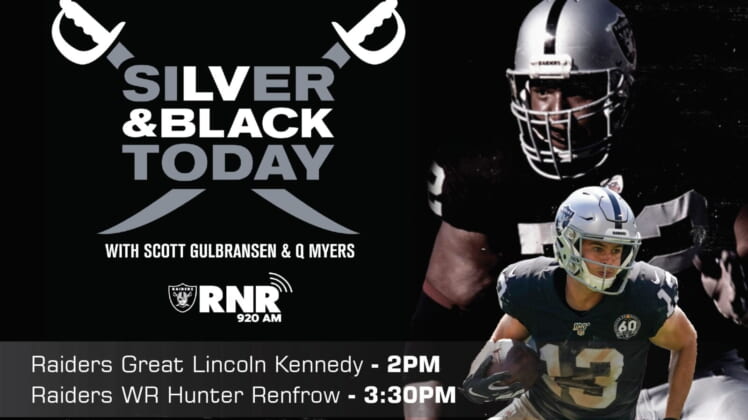 Raider Nation Radio 920-AM launched this morning and for the first time in the team’s storied history, an entire radio station is focused on the Raiders and their fans.

The station, and our daily show from 2-4 pm weekdays, kicked off this morning at 7 am and included Raiders general manager Mike Mayock’s first public comments on the release of former second-round draft pick P.J. Hall during the Pritch & Clay show.

“I’m excited to work for a station that wants to get it right and be a true partner with the Raiders,” radio legend JT The Brick told me on Sunday night. “The global fans of the Raider Nation now have their own brand new stadium, team facility, and radio station.”

For us here at Silver and Black Today, it’s an amazing development that we’re proud to play our part in. In the three years since I founded this website, later a podcast, and then a radio show, we’ve always had a commitment to cover the Raiders objectively and with a fan-focus. The vision of the Raiders and their partner Lotus Broadcasting is indeed bold. To build an entire station around the brand that is the Raiders should show its fans and their new home of Las Vegas, just how massive Raider Nation is.

Looking at the lineup on the station, Raider Nation gets a great variety of strong and informed personalities and NFL insiders.

The morning show pairs Las Vegas radio veteran Clay Baker and NFL first-round draft pick Mike Pritchard. Both have deep broadcast experience and have worked together in the past at our sister station ESPN 1100.

I’m excited to work for a station that wants to get it right and be a true partner with the Raiders. The global fans of the Raider Nation now have their own brand new stadium, team facility, and radio station. – JT The Brick

Then, at Noon, future broadcast hall of famer JT The Brick brings you a show only he can. A true Raiders broadcast inside, JT’s ability to capture the mood and pulse of Raider Nation is second to none and his guest list will always be A-level. He kicks off his first show with Raiders coach Jon Gruden and quarterback Derek Carr.

We then follow JT at 2 pm as myself and my co-host Q Myers roll on. A mix of guest and caller driven afternoons, we’ll do what we’ve been doing now for over 2.5 years on radio. Added will be some great new features like our daily Sided.co debates where we get Raiders fans to debate a topic of the day. We’ll then read the best posts on both sides and read them on the air.

Ending your silver and black day is Inside the Huddle with Vinny Bonsignore. The Raiders beat writer at the Las Vegas Review-Journal, Inside the Huddle will be just that – news an interviews with NFL insiders like only Vinny can do. As the man who had the best beat on the relocation of the Raiders to Las Vegas, Bonsignore does great radio and will close out your Raider Nation Radio 920 day.

The Raider Nation Radio 920 team knows its Raiders fans who drive the brand and the amazing interest in the team. You’ll be able to participate every day by calling our listener hotline at 702-365-9200 and you can hit up our text line too at 69187.