Eighty-five percent of New Orleans Saints and Miami Dolphins players are either fully vaccinated or on their way toward reaching that status, according to multiple reports Thursday.

Teams that have 85 percent of their players fully vaccinated are expected to have relaxed protocols this summer and during the upcoming season, although the full nature of those relaxations has not been announced.

Earlier this month, New Orleans coach Sean Payton told the Athletic that every Saints Tier 1 and Tier 2 employee had been vaccinated. Tier 1 employees are those who have the closest contact with players, such as coaches and trainers. Tier 2 employees are those with some close contact with players, such as general managers and football operations staff. 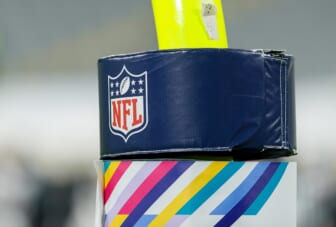 Reaching the threshold of 85 percent for players is what teams need to achieve to relax certain restrictions on player gatherings.

On Wednesday, the NFL announced unvaccinated players would face much greater restrictions than vaccinated ones. In addition, unvaccinated employees could lose their ability to work with players directly in meeting rooms, training rooms and on the practice field.