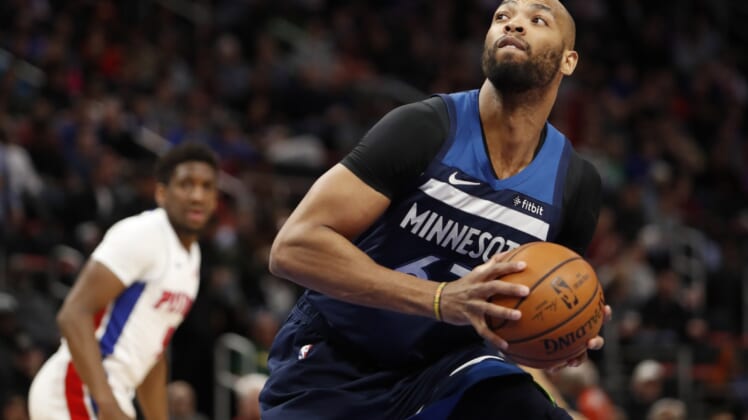 The NBA Playoffs will soon give in to what promises to be an event filled offseason headlined by one of the best free-agent classes in recent memory.

Talk around the league’s water cooler will mainly surround the likes of Kevin Durant, Kawhi Leonard and Kyrie Irving.

Though, the free-agent class is also pretty darn deep. It’s in this that we look at the eight most underrated players set to hit the open market.

Signed to a minuscule one-year, $3.38 million deal last summer, Lopez is one of the primary reasons Milwaukee finished with the NBA’s best record. He averaged 12.9 points and 4.5 rebounds on 37% shooting from distance. It’s this perimeter game that makes Lopez so underrated in an NBA that values bigs being able to stretch the court. Even at 31 years old and past his prime, we’re expecting Lopez to get a much more lucrative contract this summer.

Gay, 32, just turned in the most efficient performance of what has been an up-and-down career. Not necessarily known for his defense, Gay stepped up big time in that area for head coach Gregg Popovich in 2018-19. It’s led to widespread speculation that he’ll return to San Antonio in free agency. After all, the team could use his scoring. Gay averaged 13.7 points and 6.8 rebounds on a career-best 50% shooting in 2018-19. There’s a lot of value to that.

After struggling in stops with the Magic and Suns, this former first-round pick found a home with the Pelicans last season. Payton ended up starting all 42 games in which he appeared, averaging 10.6 points, 5.2 rebounds and 7.6 assists per outing. Payton also made news late in the season by putting up five consecutive triple-doubles. Now just entering his prime, we would not be surprised to see a team sign Payton to a long-term contract in hopes that he can run their offense moving forward.

The 33-year-old Gibson has clearly been one of the most under appreciated players throughout his stellar 10-year career. One of the better interior defenders in the game, Gibson’s toughness is what sets him apart from other pending veteran free agents. This past season in Minnesota saw the forward average 10.8 points and 6.5 rebounds while shooting a resounding 57% from the field. The hope here is that Gibson finds a place on a contending team. That has not been the case in either Chicago or Minnesota. He deserves a shot at a title.

The younger Curry brother took on a larger role for Portland during the team’s run to the Western Conference Finals. He shot a robust 40% from distance and played north of 20 minutes per outing. This came after the 28-year-old Curry connected on 45% of his three-pointers during the regular year. We’re now expecting him to get a longer-term contract with an opportunity to start. Curry has more than earned that chance.

It was somewhat of a surprise to see Randle settle for a one-year contract last summer after the Lakers renounced his rights. Here’s a guy that averaged 16.1 points and 8.0 rebounds during his final season in Southern California. Still just 25 years old, he’s coming off a tremendous first season in New Orleans. The former top-10 pick averaged 21.2 points, 8.7 rebounds and 3.1 assists while shooting 53% from the field. Despite this, he’s not being talked about as a max-contract type of free agent. We still don’t know why.

The veteran center seemed to be a great fit in Steve Clifford’s offense this past season. The 28-year-old center averaged north of 20 points to go with 12 rebounds while shooting 52% from the field. He also added a three-point game to his repertoire, nailing a career-high 84 treys. Here’s a guy that hit only seven three-pointers over the first five years of his career. An expanded offensive game will make Vucevic a high-demand free agent.

Acquired from the Cleveland Cavaliers during February’s trade deadline, Hood didn’t necessarily play a huge role early in his Blazers tenure. That changed a great deal down the stretch and into the playoffs. Pretty much the Blazers’ best bench player during the postseason run, Hood averaged nearly 13 points on 41% shooting from distance over the final 11 games. This should help the elite shooter earn a nice pay check once free agency opens in July.