Report: 76ers looking to trade up into top five 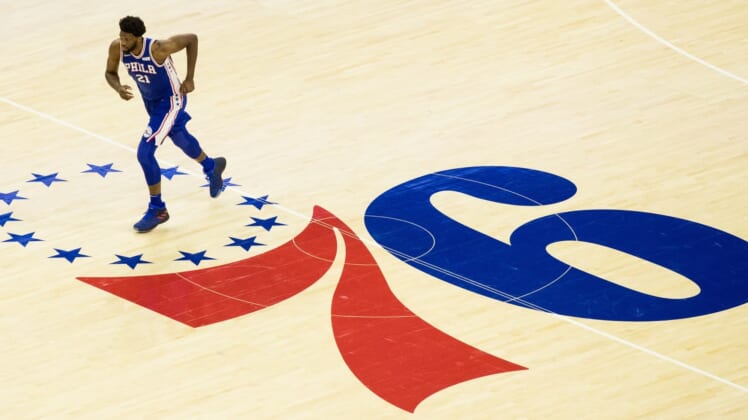 The Philadelphia 76ers finally have progressed past the point where they’re a lottery team, having made the playoffs this past NBA season. That doesn’t mean they’re done with picking near the top of the draft, however.

According to David Griffin, the former Cleveland Cavaliers general manager who’s been mentioned as a potential replacement to recently fired Bryan Colangelo, the Sixers are looking to move back up into the top five Thursday in the first round of the 2018 NBA Draft.

“Philly is very much looking to move up to get somebody they think will go in the top five,” Griffin said in a radio appearance with SiriusXM NBA Radio (h/t Amico Hoops).

The 76ers have two first-round picks at this time. They own the No. 9 overall pick (from the Los Angeles Lakers) and the No. 26 overall pick. They also have four second-round picks to work with, so clearly Philly has some ammunition to move up in the draft if that’s the goal.