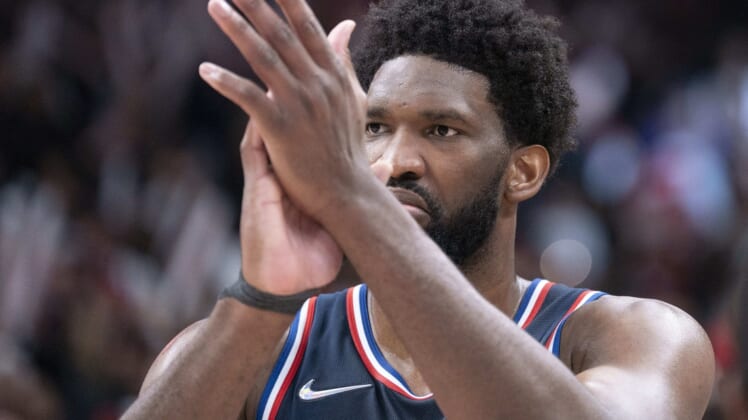 Philadelphia center Joel Embiid will pay a $15,000 fine for his criticism of officials following the 76ers’ Game 4 loss to the Toronto Raptors in the first round of the Eastern Conference playoffs.

Embiid’s comments came following Philadelphia’s 110-102 loss to the Raptors on Saturday in Toronto. He insinuated that the officials were on the side of the Raptors in the game, and he directed a clap toward them at the end of the game.

“They did a great job. I admire the job that they did today,” Embiid said of the officiating crew. “To me, it felt like they had one job coming in here tonight. And they got it done. So, congrats to them.”

Raptors coach Nick Nurse also has complained about the officiating in the series but has not been fined.