76ers aim to tighten their defense vs. Bucks 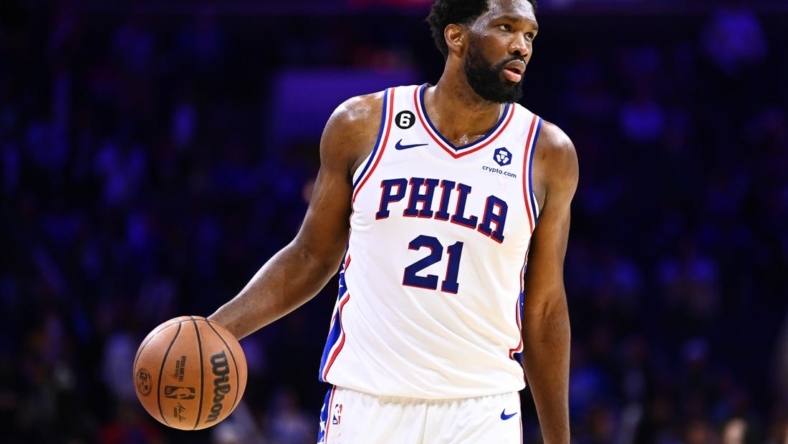 After one of the most dominating performances in quite some time, the Philadelphia 76ers spent much of the week focusing on defense.

In a scheduling quirk, the Sixers had four days off before hosting the Milwaukee Bucks on Friday.

“Starting with me just being more impactful than I was the first three or four games,” Embiid said of the defense. “Getting back to myself, protecting the rim, first of all, and making sure no one actually drives in there. As a team, I think the schemes, we kinda settled on what we’re trying to do.”

Playing without James Harden (foot), the Sixers have lacked consistency on both ends of the floor in a 7-7 start this season.

Perhaps lost in Embiid’s mind-boggling offensive numbers was that the Sixers looked much more in sync against the Jazz.

“Yeah, (Embiid has) made a difference, but it’s also each game, everyone’s more and more bought in,” Matisse Thybulle said. “More and more guys are talking. We’re becoming more of a cohesive unit and I think that just translates into a better team.”

Embiid said he remained focused on the team’s defensive responsibilities.

“Just making sure we keep our coverages whether it’s 1 through 3, 1 through 4, and then having me back there just playing not necessarily drop coverage, but being at the level of the screen, and just making sure no one drives in there,” Embiid said. “If they do, then I’ll try to do the best job possible to make sure we don’t give up any easy shots at the rim.”

The Bucks arrive in Philadelphia following a commanding 113-96 victory over the Cleveland Cavaliers on Wednesday.

“I’ve put the work in so the confidence is definitely there with the shot,” Lopez said after coming within one made 3-pointer of tying his career high. “Obviously Giannis is so good, he’s going to draw so much attention, so the rest of us just have to be ready when we’re open.

“We’re going to be open a lot because they load up so much — every team loads him so much — you just gotta be ready to be open, catch-and-shoot it. That’s pretty much it. Be in that mindset, just let it fly.”

The Bucks’ depth has been vital since they’ve been besieged by injuries. Khris Middleton (wrist), Pat Connaughton (calf) and Joe Ingles (knee) have yet to play this season.

“Everybody was focused,” Nwora said. “Obviously we’re down a bunch of people so everybody’s super locked in and we were able to get the job done tonight.”

Connaughton was listed as probable against the Cavaliers and appears close to returning.

“We’re hopeful, it’s just give him another day,” head coach Mike Budenholzer said. “Just kind of tested it today and more discussions, just don’t want to rush it. Just feel like giving a little more time was the wisest move.”