7 NFL Players Ready to Make Their Names Known in 2015

With training camp quickly approaching around the NFL, there seems to be optimism for every team around the league. And while some of this optimism will quickly turn into the realization that some squads just aren’t that good, this is what the summer months are all about.

From a young second-year receiver in Green Bay to an unknown offensive lineman in Cleveland, here are seven young players you will soon be hearing about in 2015. 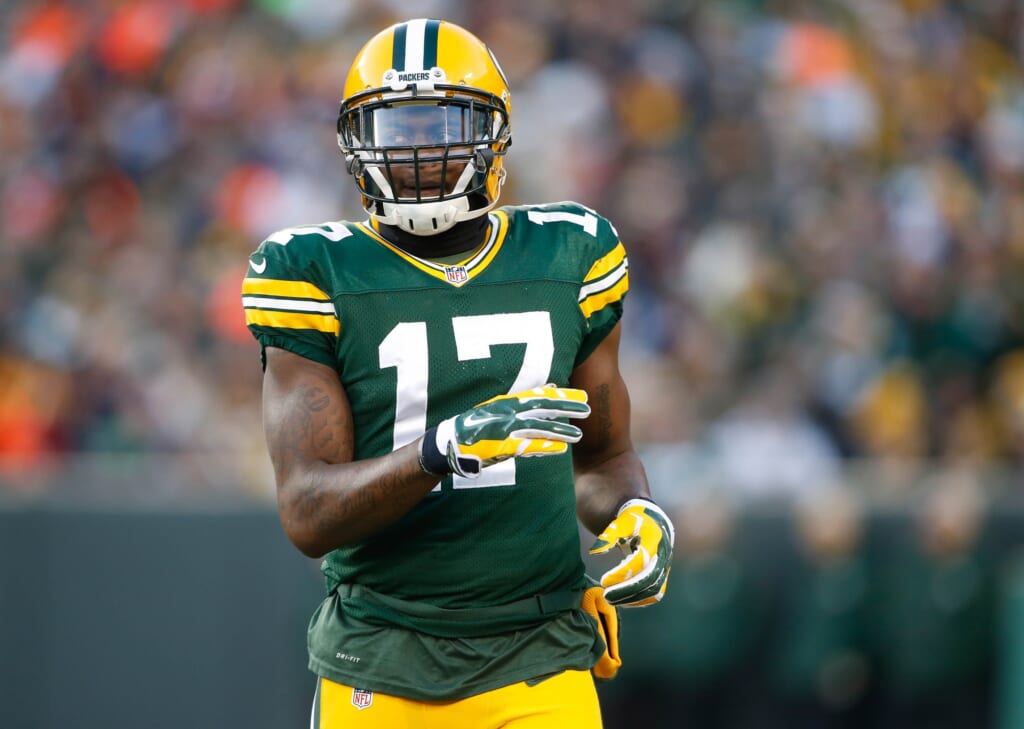 Courtesy of USA Today Sports: Adams, a second-round pick in 2014, has star written all over him.

Despite sharing time with a few others as Green Bay’s No. 3 wide receiver last season, Adams made an impression as a rookie. Stats will tell us a story of a receiver that caught 38 passes for 446 yards and three touchdowns. That story also includes a 58 percent catch rate and four drops in 66 targets. While these numbers don’t really stand out, they aren’t terribly bad coming from a rookie that suited up for Fresno State before being tasked with catching passes from Aaron Rodgers.

What does stand out is Adams’ performance during Green Bay’s off-season activities:

“If you want a clear illustration and example of a first-year player taking a jump in his second year, you just saw it here the last four weeks,” Packers head coach Mike McCarthy said of Adams back in June. “I think he’s been tremendous throughout the OTAs, and he’s got more in front of him, too, so I think that’s what’s exciting. I think Davante has done a great job in the strength and conditioning. He’s been really, really good in practice throughout this deal.”

When looking at young receivers, their first full offseason is when that jump from wide-eyed rookie to capable NFL player has to be made. With Adams, he had a full slate to work with Rodgers during the 2014 campaign, and seemed to work well with the Super Bowl-winning quarterback during the spring and summer months. That’s going to be huge for Adams’ continued progression as a receiver in the wide receiver-friendly system. It’s also going to help if Adams can earn the trust of Rodgers moving forward. Now clearly entrenched in as the team’s third wideout behind Jordy Nelson and Randall Cobb, it sure looks like Adams is on the brink of breaking out.

The reports from Chiefs’ camp have been nothing but tremendous relating to this second-year player from Rice. Gaines, a third-round pick last year, started five games a rookie last season. Even after selecting Marcus Peters in the first round this past May, Gaines stands a real good shot at starting when the regular season comes calling.

“You saw him continue to get better every week last year during the season,” Chiefs head coach Andy Reid said about Gaines earlier in July, via team’s official website. “He’s gotten bigger and stronger, he’s lived in there with (strength and conditioning coach) Barry (Rubin) and so it’s paying off for him.”

A lack of strength was one of the primary reasons Gaines lasted until the third round after a stellar career at Rice. Scouts worried about his ability to go up against some of the most-physical receivers in the NFL. If that’s not going to be a problem moving forward, this cover guy should have himself an excellent season as a starter opposite either Sean Smith or the aforementioned Marcus Peters.

Carlos Hyde ranked second behind Lynch in our Elusive Rating when rushing. Forced a missed tackle every 3.3 carries. https://t.co/VM6LIVC2yd

San Francisco had put off moving on from Frank Gore for some time prior to letting him walk in free agency in March. And while it’s going to be a difficult task for Hyde to perform up to the level of the franchise’s all-time leading rusher, 49ers’ brass had enough faith in him to let Gore depart.

Hyde, a second-round pick back in 2014, averaged 4.0 yards on 83 attempts as a rookie last season. His ascension up the 49ers’ depth chart shouldn’t be too surprising. Unlike the picks of LaMichael James, Marcus Lattimore and Kendall Hunter in previous seasons, Hyde was nabbed to replace Gore as the team’s top dog.

Even with Reggie Bush slated to take some carries away from him, Hyde will see enough touches to make a huge impact as a second-year player in 2015. He still has some bullies upfront in the form of Alex Boone, Joe Staley, Brandon Thomas and Marcus Martin. All four are more than capable in terms of run blocking. And all four should help Hyde find open holes to run through. Depending on San Francisco’s scheme under first-year offensive coordinator Geep Chryst, I wouldn’t be surprised to see Hyde put up between 15 and 20 rush attempts per game, which should enable him to reach the 1,300-yard plateau as a sophomore. 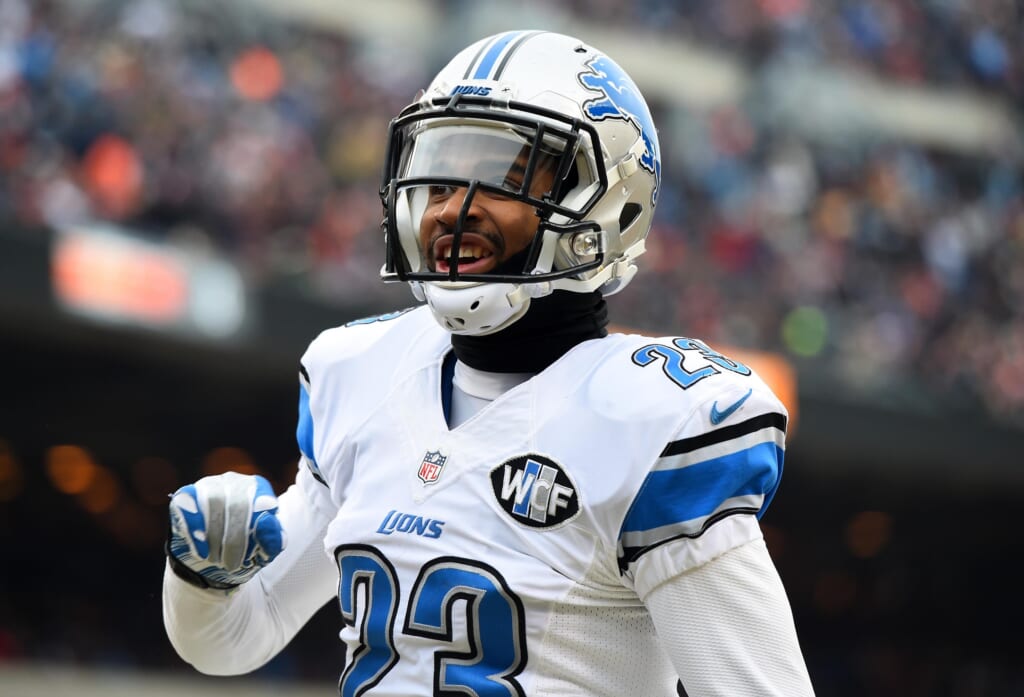 It’s been a while since Detroit had a true shutdown corner. Slay, the lesser-known of two Mississippi State corners selected back in 2013, started all 16 games last season. He recorded 62 tackles, two interceptions and 18 passes defended while allowing an opposing quarterback rating of 81.1. Overall, Slay finished as one of the top-20 cornerbacks in the NFL last season (via Pro Football Focus, subscription required).

If Slay’s preparation is any indication, he’ll be more than ready to take that next step in 2015:

“I look at (Richard) Sherman, too, just because his ball skills, he’s probably got the best ball skills in the NFL that I’ve seen in my past years,” Slay said back in June, via ESPN. “If the ball’s in the air, he’s getting it. Other than that, I love to watch (Darrelle) Revis and Joe (Haden).”

With elite-level on-ball skills and a tremendous amount of physicality, Slay is primed to put up a Pro Bowl performance for the upstart Lions in 2015. It’s going to be fun to see him transition from high-upside youngster to one of the top cover guys in the NFL.

With Haloti Ngata now in Detroit, Williams will take over as Baltimore’s anchor along the defensive line in 2015. Most of us who had a chance to watch tape of Williams at Missouri Southern leading up to the 2013 NFL draft saw the pure physicality and strength he possessed. The question was just how much it might translate to professional football, especially considering the level of competition he went up against in college.

After playing a total of just 93 snaps in seven games as a rookie, Williams took the next step last season. He started 14 regular season games, accumulating 54 tackles and a forced fumble in the process. More than that, the 335-pound defensive tackle ranked among the top-10 3-4 interior linemen in the entire NFL last season (via Pro Football Focus, subscription required). 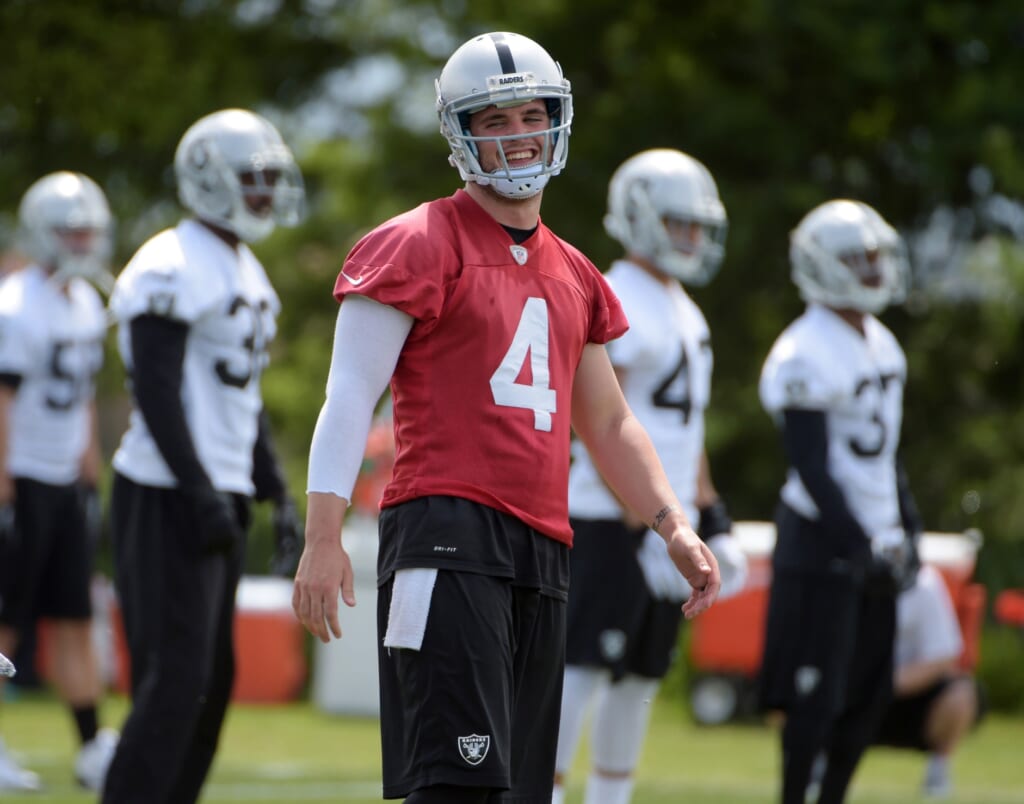 Courtesy of USA Today Sports: Carr has the supporting cast to take his game to the next level.

With a full season as a starter under his belt, Carr is now zeroing in on becoming a quarterback the Raiders can rely on for the foreseeable future. Last year saw Carr put up some decent numbers in what amounted to nothing more than a true freshman campaign. He tallied nearly 3,300 passing yards with 21 touchdowns compared to 12 interceptions. Those latter two stats are most telling, especially considering Carr was just one year removed from playing at Fresno State. Rarely do we see rookie signal callers put up more touchdowns than interceptions.

As to where players at other positions are asked to take that next step in their first full off-season of activities, quarterbacks tend to take a bit longer to adjust to the speed of the NFL. Much to the surprise of many out there, this hasn’t been the case for Carr. There has been nothing but positive vibes coming from Raiders camp surrounding Carr over the past few months. It’s renewed optimism for a team that hasn’t had a franchise quarterback to call its own in decades.

With Amari Cooper and Michael Crabtree likely ready to take over as the Raiders’ starting receivers in 2015, Carr actually has some talent to work with at wide receiver. In addition to this, the team has done a tremendous job building a good offensive line in front of him—something that’s a near necessity for young quarterbacks in today’s NFL.

Bitonio started all 16 games at left guard as a rookie last season. In those 16 games, the former second-round pick allowed just three quarterback hits and a single sack. That was good enough for the Nevada product to finish his rookie campaign as the fifth-best guard in the entire NFL (via Pro Football Focus, subscription required).

It’s going to be interesting to see how much Bitonio progresses heading into his second season. Is his ceiling as the top interior lineman in the entire league? If so, will have happen in 2015? With the building blocks Cleveland has along its offensive line, there’s no reason to believe that Bitonio won’t be able to pick up where he left off last season. If so, there’s no real ceiling for the 23-year-old guard.