Casual viewers and die-hard fans were definitely not shortchanged as far as NFL entertainment goes this past weekend.

In the end, there were plenty of reasons to cheer and jeer during Week 13’s action.

At the conclusion of Sunday’s games, there were a total of 56 quarterback touchdowns, including nine rushing scores that were accompanied by 359 quarterback rushing yards.

Anyone who watched the Titans/Jaguars game knows that Mariota’s 87-yard rushing touchdown was by far the most impressive of the bunch. Though, Gabbert earned a B+ for his 44-yarder that tied the game against the Chicago Bears sending the match into overtime and an eventual win for the 49ers.

Worth noting is that each one of quarterbacks, with the exception of Brady, won in Week 13.

Brady — the oldest of the bunch — also played wide receiver and hauled in a 36-yard catch from Danny Amendola.

Danny Amendola throws it to Tom Brady for a 36-yard catch! #PHIvsNE https://t.co/gYWacHhpgh

For the future, let’s hope Brady leaves the running to those who can keep their forty-yard-dash time to under six seconds.

The NFL moved the PAT from the two-yard line to the 15-yard line, and there have been 57 missed extra points through Week 13.

Things got even worse during this week’s action when nine extra points were missed, which is one more than the eight that were missed all throughout the 2014 season.

Clearly, the NFL’s attempt to spice up what was a given extra point in years past has been a success. On Sunday in the Raiders/Chiefs game, Sebastian Janikowski and Cairo Santos missed a total of three extra points, which was quite the head-scratcher.

Joining Janikowski’s and Santos’ legs that took a mind of their own this week were Nick Novack (Houston), Dan Carpenter (Buffalo), Jason Myers (Jacksonville), who missed two PATs and Phil Dawson (San Francisco).

As it stands now, only eight teams have kickers who have not missed an extra point this season.

Week 13 did not disappoint with its wild array of touchdown celebrations that included Mike Tolbert’s “The Carlton“, and Odell Beckham’s tribute to the Olympics when he showed off his high-hurdle jumps.

Hopefully, Brown had some extra protection on when he body-straddled that innocent goal post. And while we might wonder what was going through Brown’s mind as he approached the end zone, we’ll let him have this one for how superbly he and the Steelers played on Sunday Night Football against the Indianapolis Colts.

Brown scored a total of three touchdowns, stemming from eight catches and 118 yards and the punt return for touchdown. Furthermore Brown’s receiving scores were just two of the four touchdown passes Ben Roethlisberger completed when the Steelers stuck it to the Colts, 45-10.

The win for the 7-5 Steelers advances the team in their hunt for a playoff spot in the AFC. 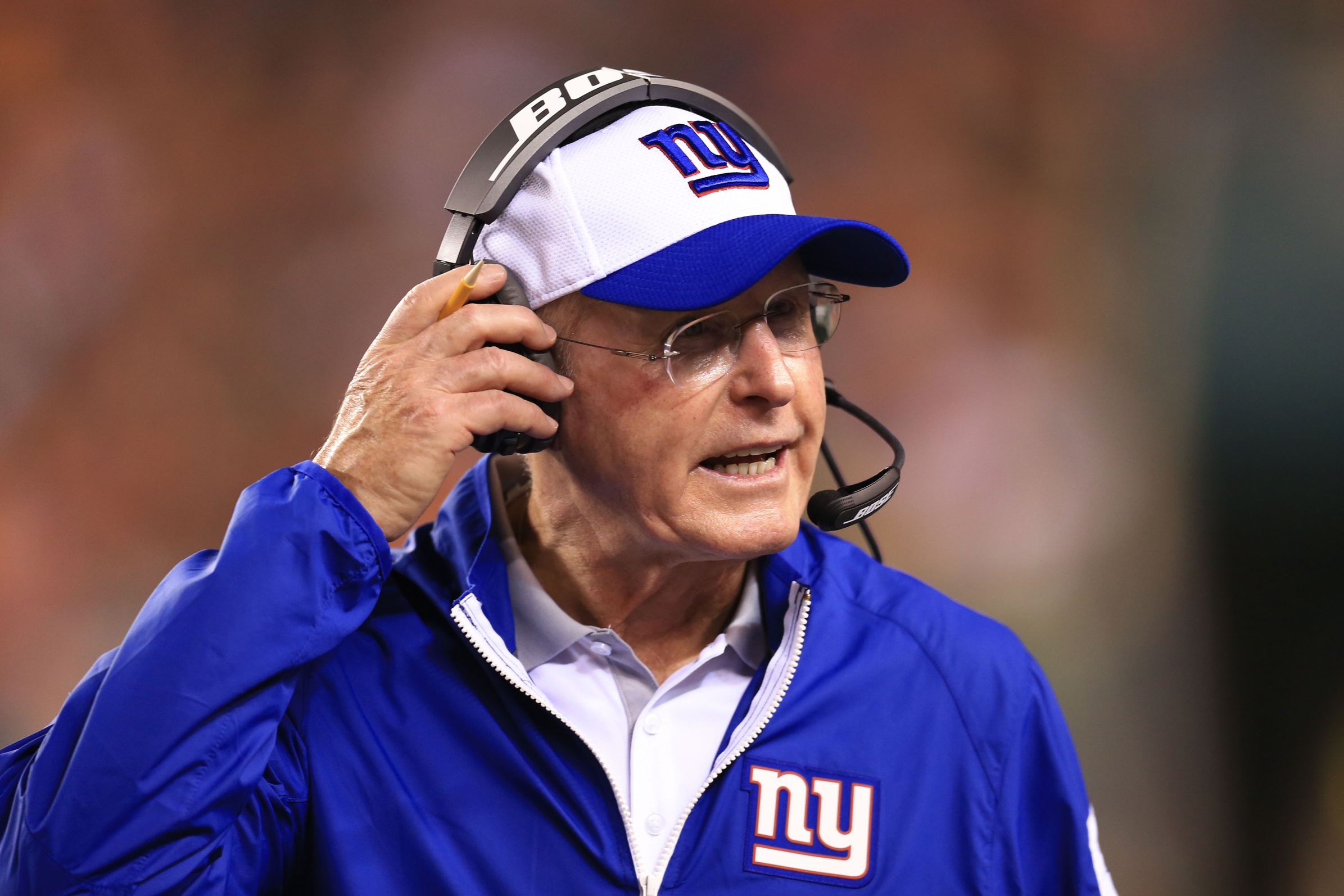 In the game between the New York Jets and New York Giants, Tom Coughlin made a risky call when he decided to go for it on a fourth-and-two from the Jets four-yard line with the G-men ahead 20-10.

The play went badly for Big Blue and sparked a 23-20 overtime victory for the Jets. Under pressure, Eli Manning got picked off by Rontez Miles when he blindly threw into double-coverage.

“If we scored there and fourth-and-2, then we push the score up to where maybe they can’t beat us with whatever,” Coughlin said, via ESPN. “So we’re up 17. I stand by it.”

At that point, the Giants might as well have just gifted the game to the Jets and thrown in the white flag.

We are now left to wonder when will Coughlin finally realize that Manning has the uncanny knack for screwing things up at the worst times.

The Cleveland Browns have lived with quarterback nightmares all season and opted to start Austin Davis, making him the 24th starting quarterback of the franchise since 1999.

Unfortunately, all Davis and the Browns managed was a lousy field goal against the Cincinnati Bengals in a blowout loss, 37-3. Meanwhile, Manziel had a great field view of the mess from the bench.

But rather than going out after the game to party for his 23rd birthday, or drown another team loss in a pitcher of beer, Manziel went straight home and cuddled with his dog.

Fortunately for Manziel, his Johnny-be-good act paid off, because it’s rumored that he will start for the Browns for the remainder of the season.

Well-played, Manziel, well-played. We all know most people are suckers for a cute dog.

Obviously, the Browns, already mentioned within this article, make the list of the worst-scoring teams for the week. But they are in fantastic company with the Minnesota Vikings, San Diego Chargers, and St. Louis Rams, who all stunk it up in Week 13.

Here is a quick peek at each team’s catastrophic performance.

The Minnesota Vikings played like deer whose eyes got caught in the headlights when Seattle laid it on thick in a big home loss, 38-7. While Seattle’s offense piled up 433 total yards and five touchdowns, the Vikings put up a stinker that consisted of 125 offensive yards and zero touchdowns.

The only play that prevented the game from being a complete shut-out was a 101-yard return touchdown scored by special-teamer Cordarrelle Patterson. It was an overall pathetic performance by Minnesota, which slipped to second place in the NFC North behind the Green Bay Packers.

The San Diego Chargers now possess a horrific 3-9 record after the team got outplayed at home by the Denver Broncos 17-3. The Broncos’ offense was certainly not stellar by any means, but its defense limited the Chargers to one field goal scored by Josh Lambo near the end of the second quarter.

If the Chargers strike out the remainder of the year it will be the team’s worst season since the team went 1-15 back in 2000.

Lastly, joining the misery loves company gang for Week 13 are the St. Louis Rams, who were also nearly shut out by an on-point Arizona Cardinals team, 27-3.

Sunday’s loss marked the team’s fifth consecutive defeat, and the Rams have now been outscored 58-10 over their last two games. Quarterback Nick Foles, who was completely dreadful once again, passed for only 146 yards and committed his fourth interception in two games.

Walking away from yet another game with his tail between his legs, head coach Jeff Fisher said that Case Keenum would start next week if he passes concussion protocol.