Attempting to figure out NBA salaries is akin to racking our brains to understand the true meaning of Plato’s Allegory of the Cave. We think we have an answer, and then some team comes up with a ridiculous contract for an average player. Immediately after that, people attempt to justify the contract by talking up the salary cap increases we are going to see in the coming years.

As we attempt to free you from the cave to see the light, remember that some of the deals listed below do take into account the cap increase we saw this summer and what we are going to see moving forward. Still, $17.5 million for a combo-guard with limited range seems a bit over the top. As does an $8 million salary for a “big man” in Orlando that averaged less than 8.0 points per game last season.

Here are the six-worst contracts in the Association after the barrage of free-agency movement we saw the past couple weeks.

Considering Johnson has just one year and $24.9 million remaining on his deal, we could have dropped him a bit lower here. That’s until we realize he’s slated to make more than the NBA regular season MVP and NBA Finals MVP combined. Just let that sink in for a second.

Johnson, 34, is coming off a 2014-15 campaign that saw him average just 14.4 points per game while shooting 44 percent from the field. The veteran’s postseason numbers were less kind to him. He shot just 36 percent from the field, including 29 percent from three. Despite all this, Johnson is slated to collect the second-largest check in the NBA this upcoming season. 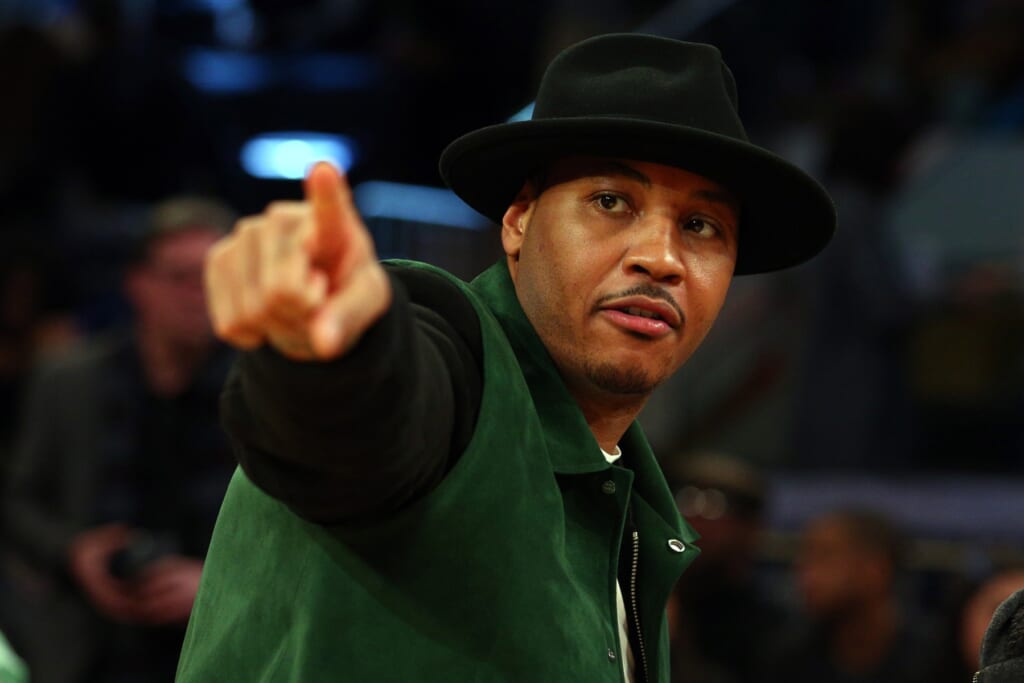 Courtesy of USA Today Sports: This was a common sight for Knicks fans in 2014-15.

Here’s one for you. Anthony made $561,450.00 per game in the first year of a five-year deal he signed with New York last summer. Heck, he made over $23,000 per point scored. All said, Anthony played just 40 games due to issues with his knee—issues that led to surgery in the second half of the year.

While Anthony is obviously one of the best players in the Association when healthy, there has to be a lot of concern over a 31-year-old forward with a lot of tread in his tires set to earn about $121 million over the next four seasons. How will the aging veteran hold up? The Knicks knew this was a risk when they signed him last July, but it’s more worrisome after Anthony’s injury-plagued 2014-15 season.

The history of players coming off Achilles injuries isn’t too kind. And while Matthews is a darn good player, he’d be the first to buck this trend in recent Association history. Desperate to add someone of substance, the Mavericks doled out a max contract to the swingman just months after his Achilles ruptured. The larger issue with this deal is that Matthews won’t just have to perform up to his pre-injury level in order for it to work. He’s going to have to continue progressing on the court. Considering he will be 29 when the 2015-16 season kicks off, that’s a whole heck of a lot to ask.

Matthews’ average annual salary of $17.5 million ranks him directly ahead of John Wall, DeMarcus Cousins, James Harden and Russell Westbrook. He also averaged less than 16 points per game while shooting 45 percent from the field last year. 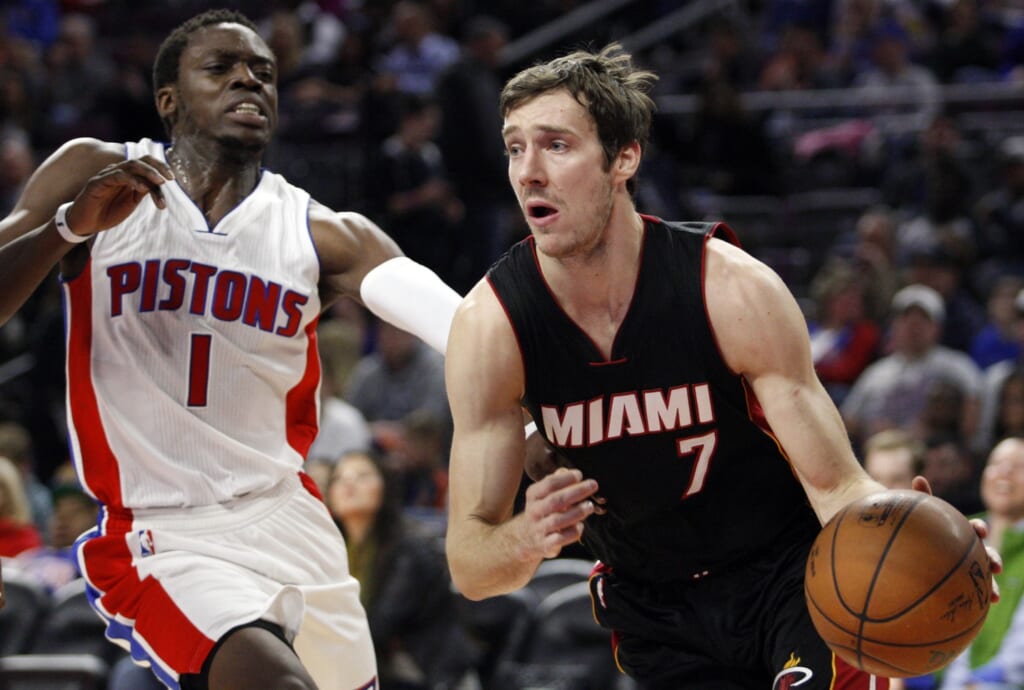 Courtesy of USA Today Sports: Is Dragic really one of the game’s top guards?

I am still trying to figure out what made Dragic such a valuable commodity around the NBA. Following a mid-season trade to the Heat, this former second-round pick averaged 16.2 points and 5.3 assists per game. While he did shoot over 50 percent from the field (rare for a guard), Dragic hit on only 33 percent of his three-point attempts.

Essentially, he’s a combo guard who isn’t great at distributing the ball and can’t knock down the long-range jumper on a consistent basis.

This was good enough to earn Dragic a contract that will pay him an average of $17 million per season up until his 34th birthday. There’s something wrong with this math, especially considering he’s now the fifth highest-paid guard in the NBA in terms of total guaranteed pay.

Frye, 32, averaged 7.3 points and 3.9 rebounds while shooting 39 percent from the field in his first season with the Magic last year. He’s also got nearly $23.5 million remaining on a deal that will take him through his 34th birthday. There was no reason for Orlando to dole out $32 million guaranteed to a decent role player. Now that he has one mediocre season under his belt with the Magic, that belief has been firmly implanted into the mind of the Magic organization as it looks to move on from dumb front office mistakes of the past.

Let’s forget for a second that Pekovic is going to miss the start of the 2015-16 season with an Achilles injury. Let’s also forget that he will be on the wrong side of 30 when attempting to come back from a serious injury. When Minnesota inked the big man to a five-year deal back in August of 2013, it wasn’t that bad of an idea. After all, he was just coming off a year that saw him average 16.3 points and 8.8 rebounds per game while shooting over 52 percent from the field.

The issue here, in hindsight, is that Pekovic has never really proven to be healthy. He’s missed an average of 30 games over the course of his first five seasons in the NBA. He’s also now on the books for nearly $36 million over the next three years.

All contract information provided by Spotrac