With the 2014 NFL season entering the final half of its final quarter, it is put-up or shut-up time for a slew of teams around the league. There will be no shortage of drama over the final two weeks leading up to the playoffs; teams will clinch playoff berths, teams will be eliminated and others will watch it all unfold as they play out the rest of their lost seasons.

Among those with seasons lost are, in the NFC: the San Francisco 49ers, Minnesota Vikings, Chicago Bears and New York Giants. Technically, only two teams from the AFC are eliminated—the New York Jets and Tennessee Titans. Everyone else has at least seven wins, leaving the two current wild-card teams—the Pittsburgh Steelers and Baltimore Ravens—with a two-game lead over those seven-win teams with two games left to play.

These six teams are in desperation mode with two games left to play. 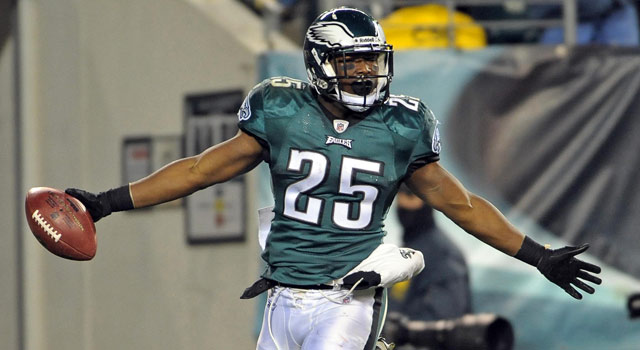 They entered their Sunday night matchup with the rival Dallas Cowboys as the No. 3 seed in the NFC behind the Arizona Cardinals (11-3) and Detroit Lions (10-4). After a slow start and trailing 21-0 at one point, the Eagles’ comeback attempt was not enough. They now sit as the seventh seed on the outside looking in, and the outlook is not good.

The two wild-card seeds ahead of Philadelphia (Seattle, Green Bay) each have 10 wins, and to jump one of them they would have to win out and have either the Seahawks (at Arizona, host St. Louis) or Packers (at Tampa Bay, host Detroit) lose out.

Philadelphia is not dead in the NFC East race, either, and would need Dallas (host Indianapolis, at Washington) to drop one of its final two games to make that happen. None of this is possible if the Eagles drop either of their remaining games.

They must beat both Washington and the Giants on the road to pave the way for any of this happen.

As of now, the Chargers are on the outside looking in at the AFC playoff picture. They are one of three teams sitting at 8-6 (Kansas City, Buffalo) but sit behind the Chiefs based on head-to-head record.

But not all is bad for San Diego. Since 2009, only the New England Patriots (19-3) have a better record over the final four games of the season than the Chargers (17-5). They face two tough games on the road to end the regular season, traveling this week to face the 49ers before an AFC West showdown with the Chiefs.

They must win out and hope either the Cincinnati Bengals (host Denver, at Pittsburgh) or Pittsburgh Steelers (host Kansas City and Cincinnati) lose out. 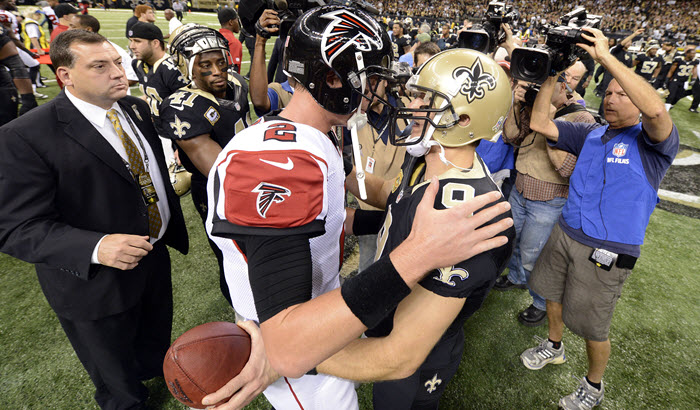 The Falcons and Saints are lumped in together because they were supposed to have better seasons in the weak NFC South, but despite being a combined 10-15 this season and looking up at the Carolina Panthers, each has a chance to win that dreadful division with some help.

Carolina has the easiest road to the division title because of the tie on its record. At 5-8-1, the Panthers hold a half-game lead over the Falcons (5-9). If they win out (and the Saints lose on Monday) the Panthers are in as the NFC South champion and the NFC’s No. 4 seed.

Drew Brees and the Saints are contenders every season, it seems. So are Matt Ryan and the Falcons. But this season, neither team boasts a defense that can stop anyone. Nonetheless, anything can happen in the playoffs, so these teams have an equal shot just by getting into the dance.

And in being division champions, the winner would host a wild-card playoff game against a team with a far better record—it’s possible both NFC wild-card teams have at least 11 wins this season.

At 7-7 and two games out of a playoff spot, things are looking bleak for the Texans. Coupled with the unfortunate news that quarterback Ryan Fitzpatrick sustained a broken leg in this week’s 17-10 loss at Indy, and the deck is truly stacked against them.

But despite all that, the Texans still have a chance to sneak in; they can even earn the No. 5 seed if enough things go their way over the final two weeks.

Like the others, Houston must first win their remaining games to make the playoffs a possibility. The Texans are at home to end the season, first hosting the Baltimore Ravens before ending the season with the lowly Jacksonville Jaguars.

J.J. Watt may need to start at quarterback to beat the Ravens. Rookie quarterback Tom Savage did not look ready for NFL action in relief of Fitzpatrick this week and suffered a knee injury. If he’s not able to go, Thad Lewis will start for the Texans. 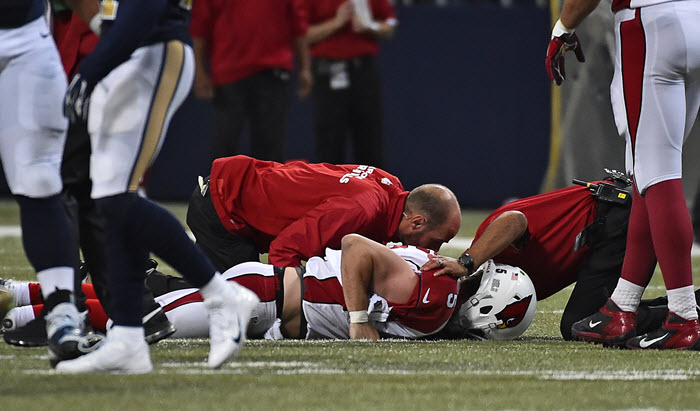 Speaking of quarterback issues, the Cardinals—despite being the first NFC team to lock up a playoff spot—may be the most desperate team in the NFL for Week 16. With a win over the division-rival Seattle Seahawks on Sunday Night Football, Arizona will clinch the NFC West and the conference’s top seed, giving them home-field advantage throughout the playoffs.

A loss to the Seahawks and Arizona is a wild card and must go on the road to play a division-winner without Stanton.

They will have to do it without quarterback Drew Stanton, as the backup-turned-starter after Carson Palmer tore his ACL earlier this season himself has a knee injury and could miss as many as four weeks, according to Chris Mortensen of ESPN. Should Arizona earn home-field advantage, there’s a chance Stanton could be ready to go for the Cardinals’ Divisional Round game.

Arizona is forced to start either Ryan Lindley or rookie Logan Thomas against the “Legion of Boom” defense. Lindley has yet to throw a touchdown pass in seven career games, and Thomas, though he led a touchdown drive in relief action against the Denver Broncos earlier this season, is about as raw as a blue-rare rib-eye steak.

Earning home-field advantage is important for Arizona because the team is nearly unbeatable at home. This season, the Cardinals are 7-0 at University of Phoenix Stadium and 4-3 on the road.