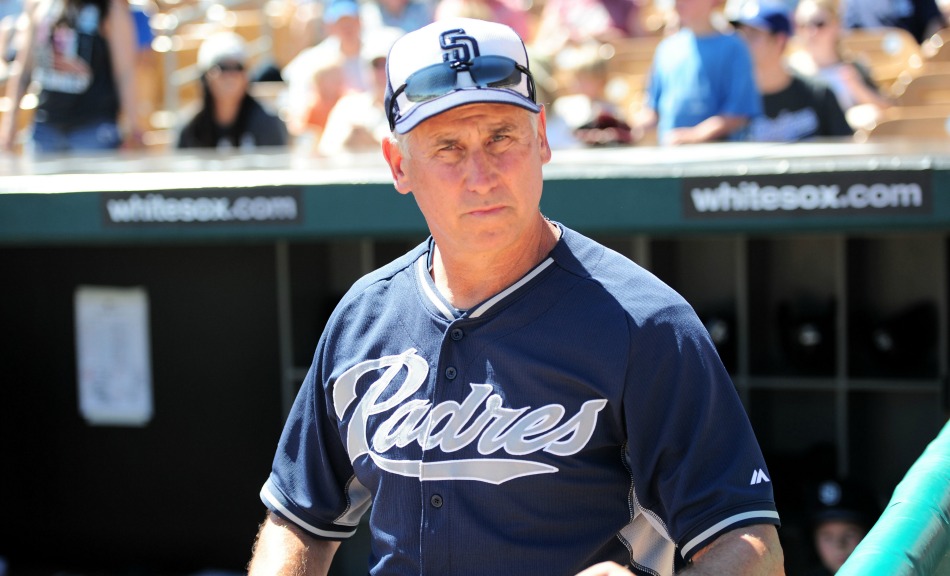 With the MLB season opener just a week away, now is the time to take a look at some potential World Series contenders. We already know about the Washington Nationals, St. Louis Cardinals and San Francisco Giants, but let’s check in on some potential under-the-radar teams who have a chance to make it to the Fall Classic.

Don’t laugh, this is what it has come down to. After a ridiculous 15-year run, the Yankees are no longer the juggernaut they once were. Age and budget cuts have brought the team back down to Earth a bit. No longer are they expected to win 95-plus games and contend for the World Series.

Do not be fooled, as there is still a ton of talent on this Yankees’ roster. It will all come down to health, as it does for many teams. Can Carlos Beltran, Mark Teixeira and CC Sabathia all stay healthy and have bounce-back seasons? These are some of the things that must happen in order for the Yankees to contend in 2015.

They made some interesting moves this past offseason in an attempt to get younger and better defensively. They traded for shortstop Didi Gregorious from the Arizona Diamondbacks and pitcher Nathan Eovaldi from the Miami Marlins while also signing one of the best eighth-inning relievers in all of baseball, Andrew Miller.

If nothing else, the Yankees will be a much improved defensive team this season. They have Gold Glove winners at multiple positions and boast one of the strongest bullpens in baseball. Scoring runs may be a bit of an issue, but preventing them certainly will not be. As long as their big three—Masahiro Tanaka, Michael Pineda and CC Sabathia—all stay healthy and give them 30 starts, they should be fine. The AL East is not what it once was, so the door is open for the Yankees to make some noise. Assuming health, there is no reason why New York cannot represent the American League in the World Series.

The White Sox made a very big splash in free agency this winter. They inked Adam LaRoche, Melky Cabrera and David Robertson to contracts, while also trading for pitcher Jeff Samardzija from the Oakland Athletics. All low-risk, high-reward type moves.

Getting Robertson was probably their biggest acquisition, as they desperately needed a big time closer. Robertson, 29, saved 39 games for the Yankees last year and will bring some much-needed veteran leadership to the White Sox’ clubhouse.

Chicago’s lineup now boasts a very strong 2-3-4 of Melky Cabrera, Jose Abreu and Adam LaRoche. Combine that with a rotation that includes Chris Sale and the aforementioned Samardzija, and you may have something brewing in Chicago this summer. Well done, Ken Williams.

The Brewers finished 2014 with a record of 82-80, six games back of the National League Wildcard. They had a strong offense last season, but lacked a true MLB first baseman. So they went out this winter and signed Adam Lind from the Toronto Blue Jays.

Add him to a lineup that already includes Ryan Braun, Jonathan Lucroy and Carlos Gomez, and the Brew Crew should do some serious raking in 2015. Injuries took their toll last season. Ryan Braun had a thumb issue that lingered for most of the year and Aramis Ramirez missed over 25 games as well.

As for the pitching staff, Matt Garza, Kyle Lohse and Wily Peralta make a nice top three, while Francisco Rodriguez still has plenty left in the tank in the back end of the bullpen. The NL Central is one of the harder divisions in baseball, but with the way the Brewers can hit, they should have no problem contending in 2015.

The Padres were the other big winners of the 2014 offseason. They went out and revamped their whole roster. They won the James Shields sweepstakes, as they inked the veteran to a four-year $75 million dollar contract to be the team’s staff ace.

San Diego also upgraded its entire outfield, acquiring Justin Upton, Matt Kemp and Wil Myers in three separate trades. All three have 30-plus home run potential. Scoring runs will not be a problem for the Padres in 2015, which is something that has haunted them for the past five years.

With the Shields addition, the rotation is now solidified as well. He’ll join Andrew Cashner, Tyson Ross and Ian Kennedy to form one of the strongest rotations in baseball. The Padres will no longer be the doormat of the NL West. Look for them to compete with the Giants and Dodgers atop the division this season. And if things fall into place, they could potentially be playing deep into October.

The Marlins have always been known as being frugal with their money, but this past winter was a sign that they may be changing their mantra a little. They handed Giancarlo Stanton the largest contract in North American history, inking the big man to a whopping 13-year deal for a ridiculous $325 million dollars.

Besides locking up Stanton, the Marlins also brought in Mike Morse, Dee Gordon and Mat Latos to add to their already young core of players. The lineup is now very formidable and has a great deal of upside. The biggest key to this 2015 season for Miami is getting ace Jose Fernandez back healthy.

Fernandez, who will be 23 in July, underwent Tommy John surgery last May and is expected to return sometime around mid-season. His return combined with the acquisition of Mat Latos bodes very well for Miami’s rotation post all-star break.

According to most, the Nationals have all but locked themselves into a division title already, meaning the Marlins will have to contend for a wildcard spot with about six other teams. Despite that, there are still a lot of reasons to be excited about this Marlins roster. They boast a very exciting young core of players that will only improve with experience. And if things fall perfectly into place this season, the Marlins can be a dark horse World Series contender.