5 Things to Watch During the NBA Playoffs 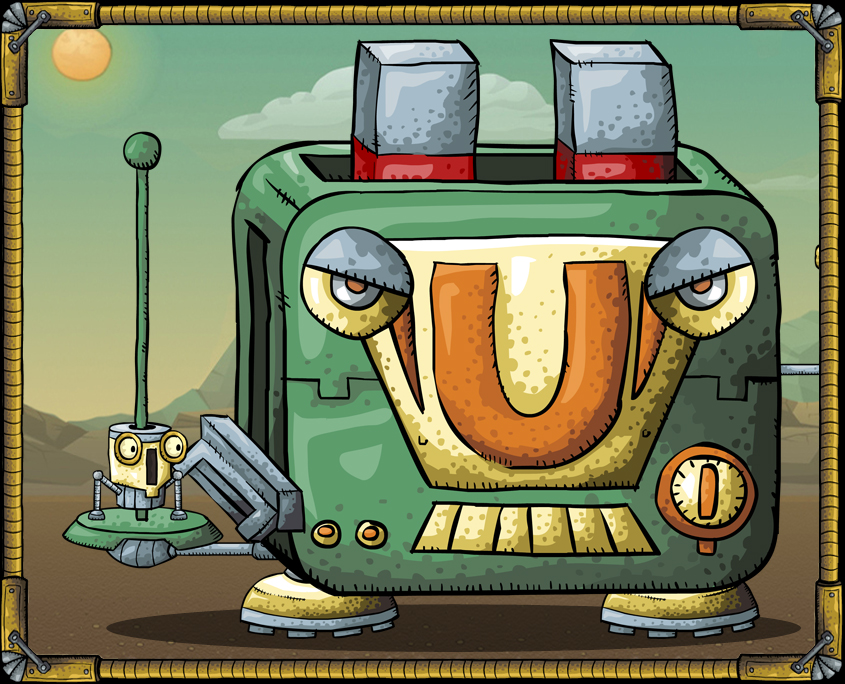 Part of the fun of the NBA playoffs is watching how the narratives we apply to each team, series and player unfold.  Even after an 82-game regular season, there’s so much we don’t know.

Here are five things to keep an eye on as the playoffs get underway on Saturday.

The numbers are familiar to us: 67 wins, first in defensive efficiency, second on offense, nearly 40 percent shooting from behind the arc.

With their balanced profile, the Warriors appear to be a team with few worries heading into the playoffs. Still, one remains: of the league’s top teams, no roster was able to take more plays off than Golden State.

During the regular season, the Warriors’ approach was pretty simple. They knew they had more offense and defense than their opposition, and they played like it, too. An ill-advised shot or poor transition defense every now and again wouldn’t kill them over 100-plus possessions.

In the playoffs, that will change. The Warriors will have to commit early to playing out every possession for all it’s worth, lest they risk an early exit.

2.  Is Kevin Love ready to play a key role in a playoff run for the Cavaliers? 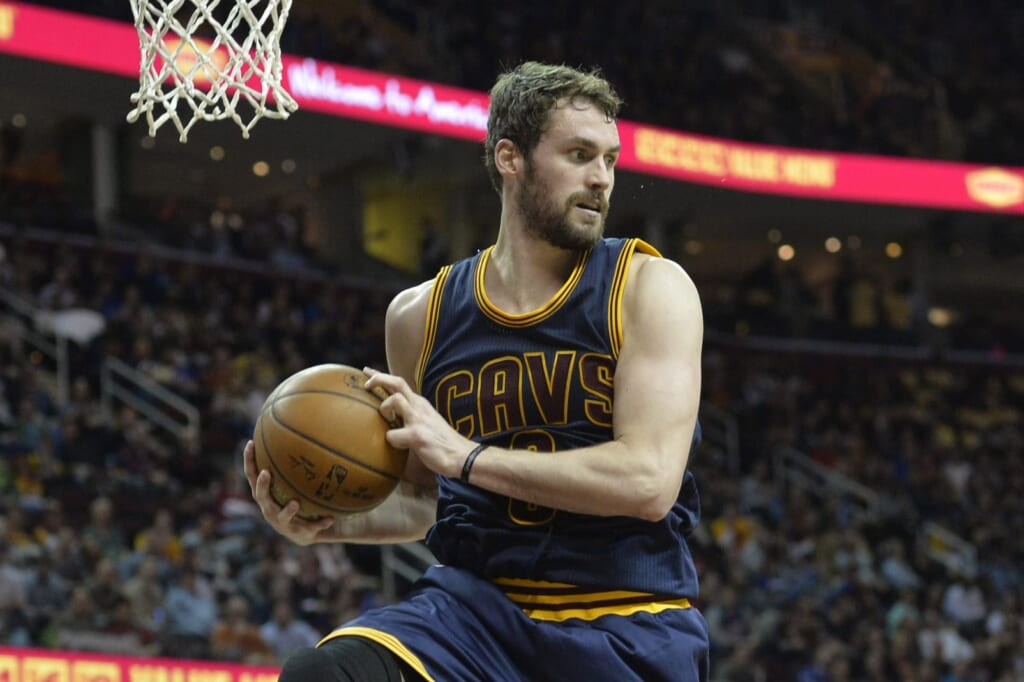 Kevin Love needs to step up for the Cavaliers this postseason.

The Kevin Love-LeBron James-Cleveland narrative has been beaten to death, so there’s no point in rehashing it.

But two things are bound to happen during a seven-game series: the opposition will shut down LeBron (or Kyrie Irving), and LeBron (or Irving) will have an off night. When either of those happen, will Love step up and carry the Cavs?

However, Love has never appeared in a playoff game and also failed to show up consistently for Cleveland. Good teams will force him to beat them, not LeBron or Irving.

3.  Can Kawhi Leonard carry the Spurs in the playoffs?

Kawhi Leonard’s development from role player to focal point for San Antonio has been one of the season’s most intriguing storylines. It wasn’t until after the All-Star break that the fourth year forward started turning up the heat, averaging 17.9 points per game on 52.1 percent shooting.

The real test comes now. It’s one thing to lead the Spurs in scoring during the regular season, it’s another thing entirely to repeat it in the playoffs when the opposition is keyed in on you.

Tim Duncan, Tony Parker and Manu Ginobili carried the Spurs to another title last year, but this year, head coach Gregg Popovich is faced with an unenviable decision: Give his veteran core the chance to make another run, or turn loose Leonard, the organization’s future?

4.  Will the Atlanta Hawks become the second superstar-less team to win a championship? 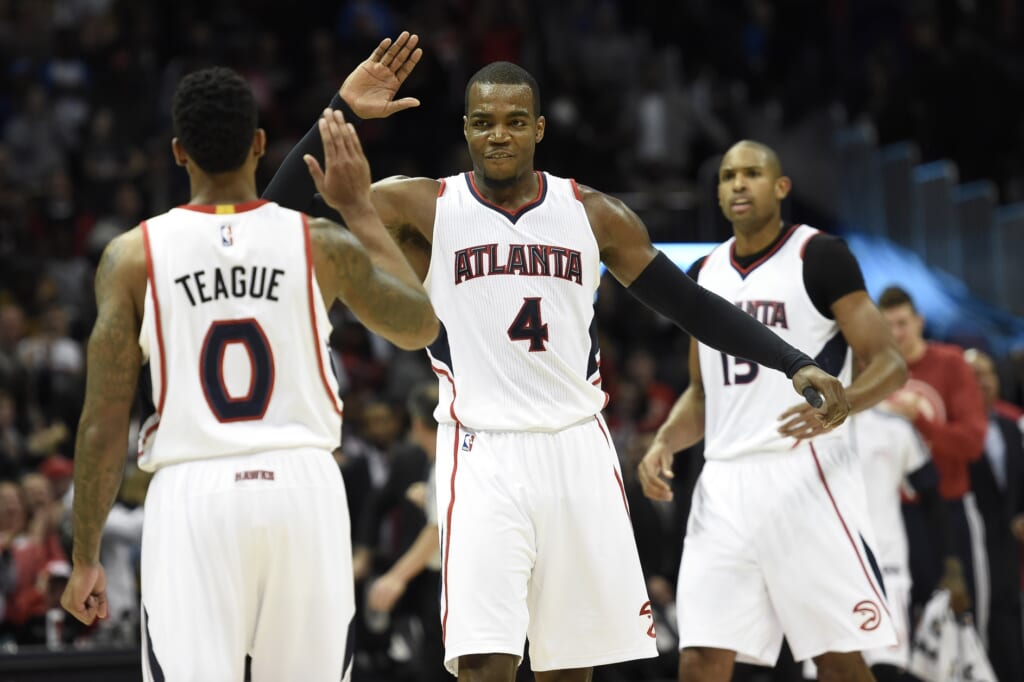 The team-oriented Hawks must prove themselves in the postseason.

Conventional wisdom suggests you need at least two superstars (Hall of Famers, really) to win an NBA title. In fact, the list of NBA champions with only one star is so small we can easily rattle them off: Golden State in ’75 (Rick Barry), Portland in ’77 (Bill Walton), Seattle in ’79 (Dennis Johnson) and Dallas in ’11 (Dirk Nowitzki).

And, of course, there’s the only team to win a championship with no superstars at all, the 2004 Detroit Pistons. Chauncey Billups and Rasheed Wallace had great careers, but at no point were they transcendent players.

Despite boasting four All-Stars on their roster, the Atlanta Hawks are not led by a true superstar, and that’s been just fine with 60-win club. Atlanta will continue to rely on balance to get past Cleveland in the East and whichever team comes out of the West.

But head coach Mike Budenholzer, a Popovich disciple, wouldn’t have it any other way.

5.  Which young forward will make the bigger statement in the first round: Giannis Antetokounmpo or Anthony Davis?

With all due respect to the Milwaukee Bucks and New Orleans Pelicans, neither team will advance through the first round in the playoffs. Milwaukee isn’t ready yet, and the Pelicans are up against Golden State, the league’s best team.

That doesn’t mean Antetokounmpo and Davis can’t put on a show.

Adapting to the intensity of the playoffs is a crucial step in any player’s development, and the two budding stars will be able to get their feet wet in a relatively pressure-free situation.

For Antetokounmpo, this is the time to prove to the Bucks he can be a leader on and off the court. Davis, already one of the league’s best players, will be trying to let the Western Conference know the Pelicans are no longer a pushover.