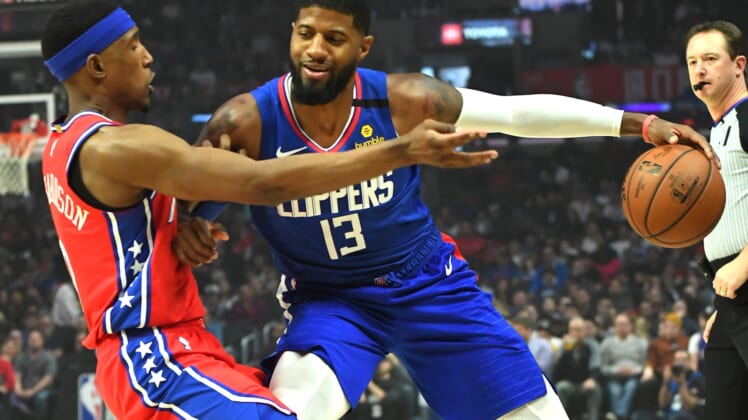 The 2019-20 NBA season is set to resume late next month with 22 teams each playing eight regular-season games before the playoffs begin.

The truncated season will resume in a bubble city at Walt Disney World in Orlando without fans in attendance. Despite what promises to be an interesting scene in Florida, the return of live sports could not come at a better time.

Now that the Association is finalizing its return-to-play plans, we can look at what will unfold when the season resumes. It’s in this that I present five NBA players who should see their stars shine bright once the season starts up again.

As the last of nine Eastern Conference teams set to return to the season, Washington has a chance to inch into the playoffs. It would more than likely have to take on Orlando or Brooklyn in a play-in tournament to decide who ends up being the eighth seed.

This is where Mr. Beal comes into play. Prior to the season being suspended, he was in the midst of a career-best performance. The 26-year-old guard is averaging 30.5 points, 4.2 rebounds and 6.1 assists per game while shooting 46% from the field. Despite a horrible supporting cast, Beal has a chance to shine big time in Orlando.

One of the most-skilled big men in the modern history of the game, there was some concern over Jokic’s conditioning prior to the stoppage in play. We saw him sit out long stretches and struggle late in games. Despite this, the All-Star is still averaging 20.2 points, 10.2 rebounds and 6.9 assists per game. He is the centerpiece of Denver’s offense under head coach Mike Malone.

With the Nuggets boasting a 43-22 record, they still have a chance to catch the Los Angeles Clippers as the second seed out west. This would likely set up a first-round series against either Houston or Dallas, two teams Denver matches up well against due to their lack of a true defensive-minded center. How Jokic performs will tell us what we need to know about the Nuggets once the season resumes.

It seems like eons ago that Siakam made his NBA All-Star Game debut and was in the midst of one of the biggest breakout seasons in modern Association history. There’s absolutely no telling how a four-month hiatus will impact this studly 26-year-old forward. What we do know is that Siakam is now the face of the defending champs following the departure of Kawhi Leonard in free agency last summer.

At 46-18, Toronto is pretty much locked in to the second seed back east. Based on the current standings, it would take on Brooklyn or Orlando in the first round. The opportunity is ripe for yet another playoff run up north. It’s going to be all about how Siakam performs after such a long hiatus.

Despite his Clippers boasting a 44-20 record when the season was suspended, George’s first year with the team was not going according to plan. He’s missed 22 games to injury and is shooting a mere 43% from the field. That’s not what the Clippers had envisioned when they paired George up with reigning NBA Finals MVP Kawhi Leonard.

However, the four-month stoppage in play will help George more than any other player returning to action. He’s now 100% healthy and ready to go. If George and Leonard can find a way to mesh while performing up to their capabilities, a trip to the NBA Finals could be in the cards for the Clippers.

It’s rather clear that the NBA wanted to showcase Williamson and his Pelicans in Orlando. Currently 3.5 games behind Memphis for the eighth seed, the Pelicans are likely aiming for a play-in tournament against the Grizzlies. After all, they are even with Portland for the ninth spot.

This is where Williamson comes into play. The rookie No. 1 pick was in the midst of an historical stretch after returning from injury and prior to the season being suspended. Teaming up with Lonzo Ball to form a dynamic duo, he is averaging 23.6 points and 6.8 rebounds on 59% shooting from the field. Just imagine if Williamson is able to lead his Pelicans to a first-round matchup against LeBron James and the Lakers. How fun would that be?