Five-star point guard Robert Dillingham, a top-10 recruit in the Class of 2023, verbally committed to NC State on Wednesday.

The 6-foot-2 junior from Donda Academy in Simi Valley, Calif., is ranked No. 8 overall nationally by the 247Sports composite.

That makes him the highest-ranked recruit since Kevin Keatts became head coach of the Wolfpack in 2017. 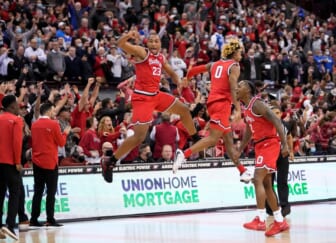 Dillingham led the United States to a gold medal at the 2021 FIBA Under-16 Americas Championship in Mexico in August. He was named the tournament MVP after averaging 15.7 points and 6.2 assists.