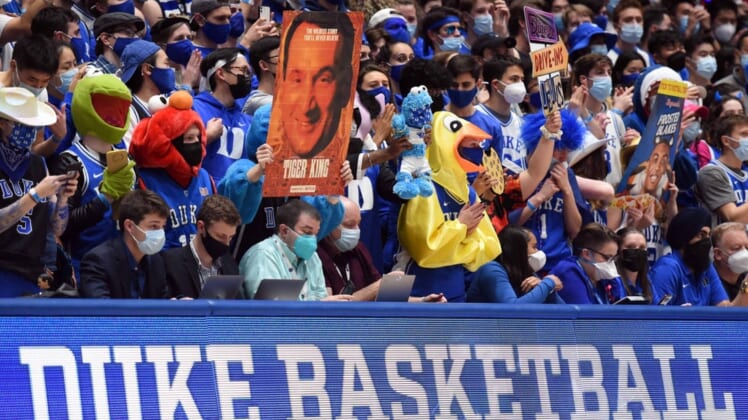 Five-star guard Tyrese Proctor is reclassifying to the Class of 2022 and will play for Duke next season.

The 6-foot-4 Australia native had been ranked as the No. 4 point guard and the No. 17 overall player in the Class of 2023 by the 247 Sports composite.

Proctor, 18, who came up through the ranks at the NBA Global Academy, announced his decision Thursday night.

“The moment I stepped foot inside Cameron I knew it was where I belonged,” he posted on Twitter. “I’m ready to step up and face a new challenge where I maximize my development as a player and continue to grow on and off the court.

“Waiting a year to put on that Duke jersey was too long. After weighing my options with my family and coaches, I’m excited to announce I will be reclassifying up to the class of 2022. It will be an honor to join Coach (Jon) Scheyer’s first team and represent one of the best universities in the world on the basketball court. Can’t wait to get to work at Duke!”

“We have had extensive talks with Tyrese and his family over the last few weeks and we are thrilled to be welcoming him on the 2022-23 team,” Scheyer said. “Tyrese has a special feel for the game with great scoring instincts who will add to the versatility, competitiveness, and high character of this team. He is such an advanced player with an international basketball résumé that includes his NBA Global Academy experience who is more than ready to take on this opportunity right now.”