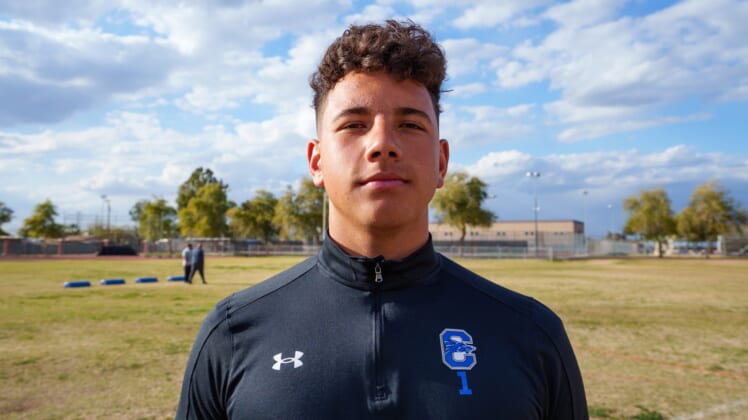 Ranked as the No. 3 quarterback and the No. 8 overall player in the class by the 247Sports composite, Raiola announced his decision with a video posted to social media Monday night on his 17th birthday.

He chose the Buckeyes over Alabama, Georgia, Southern California, Texas and Oregon.

Raiola played last season at Burleson High School in Texas, where he was coached by former NFL quarterback Jon Kitna. He threw for 3,341 yards and 32 touchdowns as a sophomore, according to MaxPreps.

He since transferred to Chandler High School in suburban Phoenix.

His father, Dominic Raiola, played center for the Detroit Lions for 14 seasons, retiring after the 2014 season.

Ohio State added four-star quarterback Devin Brown of Draper, Utah, in the Class of 2022 but does not yet have a QB commitment in its 2023 class.