5 rookie sleepers who could electrify NFL offenses in 2020 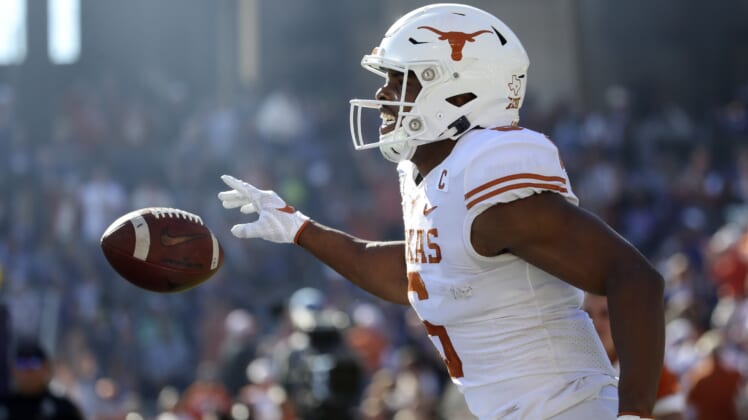 Henry Ruggs III. Jerry Jeudy. CeeDee Lamb. You know these names. These NFL rookies are dealing with vast expectations as first-round picks selected to transform their teams’ respective offenses. But they’re hardly the only ones capable of doing that.

We’re diving into some mid-round picks who could electrify their offenses in 2020. These five rookies will have opportunities to shine. If they stay healthy, they should.

Talk about the perfect opportunity. A second-round pick out of Florida State, Akers has a chance to be even better as a pro than he was in college. The Rams ditched Todd Gurley this offseason and may have upgraded by selecting this former FSU star.

In three seasons of college ball, Akers racked up 3,361 yards and 34 touchdowns from scrimmage. His ability to burst through the line after picking his spots should suit the Rams’ offense to a T. He’s a patient, agile back who should thrive in the run game. Furthermore, Akers’ receiving skills should be put to exceptional use in Sean McVay’s passing attack.

It’s not hard to imagine Jon Gruden has been drawing up all sorts of plays for this explosive playmaker. The Raiders are calling Bowden a running back, and reportedly that’s where he’ll be used the most early on. While that might be his listed role, the third-round draft pick expects to be used all over the field this coming season.

“I’m not set on one position. I just want to win games and championships,” Bowden said, per NBC Sports Bay Area. “I’ll go wherever Coach Gruden wants me to go. He said he wants to do a lot of things with me and I’m ready to get on board.”

Last year at Kentucky, Bowden piled up 1,468 yards (7.9 yards per carry) and 13 touchdowns on the ground. He added 348 yards and a touchdown on 30 receptions. It’s hard to imagine Gruden struggles to find creative ways to use Bowden often in 2020.

Selected in the third round out of Texas, Duvernay may start out lower on the depth chart than he’d like. But if he can show consistency and earns the trust of his coaching staff early, the former Longhorns star could make quite an impact as a rookie. As Devin Duvernay’s highlights show, he is lightning in a bottle.

Last season at Texas, Duvernay broke out in a big way. He caught 106 passes for 1,386 yards and nine touchdowns. That’s the kind of potential he has as a pro, too. If he earns playing time, look out. Paired with the speedy Marquise Brown, Duvernay would be a nightmare for opposing defenses.

There is a lot of star power emanating from within Tampa Bay’s locker room these days. Third-round pick Ke’Shawn Vaughn is flying way under the radar right now as a player who could significantly impact this team’s fate in 2020.

“Vaughn’s receiving skills and Tom Brady’s short passing game (155 targets to backs in 2019 — second-most among NFL QBs, according to PFF) match well. Should Vaughn be able to eat into enough of Ronald Jones II’s snaps, he could end up as the surprise star of this running back class.”

A former transfer out of Illinois, Vaugh racked up 2,712 yards and 24 touchdowns from scrimmage the past two seasons at Vanderbilt. Set to play in a backfield with Tom Brady and supported with a great offensive line, Vaughn could thrive as a rookie.

The Jacksonville Jaguars have a pretty talented wide receiver room. Shenault, a second-round draft pick, will certainly have to earn his playing time. In front of him, a trio of experienced players reside on the depth chart. D.J. Chark was a breakout last year and should be WR1 in Jacksonville. Chris Conley and DeDe Westbrook are both capable of big games and have chemistry with Gardner Minshew.

So why should you get excited about Shenault? Quite simply, when he is healthy, he’s better than CeeDee Lamb in the open field.

In three seasons at Colorado, Shenault caught 149 passes for 1,943 yards and 10 touchdowns. A playmaker no matter where he lines up, he also ran the ball 42 times for 280 yards and seven touchdowns.